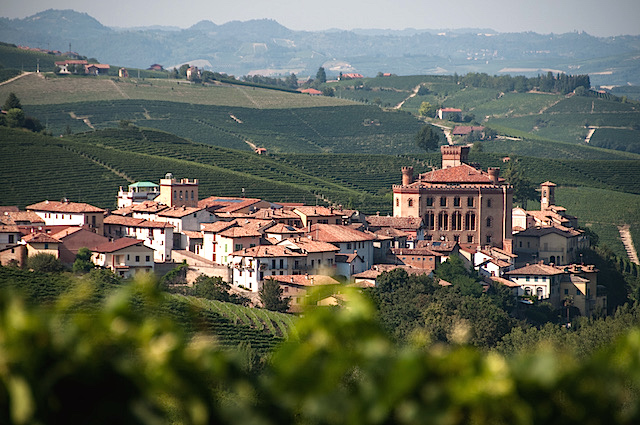 At the Sources of Barolo: A Visit to Cantina Bartolo Mascarello

A trip to the Piedmont wine country

Imagine it’s 9:13 AM in Turin, Piedmont, and you’re sipping your morning espresso like every other day. Hmm…scratch that. It’s a fantasy, so let’s splurge.

You’re starting your day with a bicerin, the delicious concoction of coffee and chocolate native to Turin. You’re having guests over for dinner tonight, and you are going to impress them with a bottle of Barolo from Cantina Bartolo Mascarello. There should still be one in the cellar…No! All gone! Alright, it’s still early in the morning. You could go to a wine store and get the most expensive Barolo you can find – that could do the trick.

But instead, what do you do? You try and call Cantina Bartolo Mascarello to arrange a last-minute delivery or something…too bad nobody picks up the phone, and they don’t have a cellphone. So you jump on the car and drive all the way down to Barolo – normally a one-hour long drive, but a thick morning fog makes the drive longer and not very enjoyable. Finally, you ring the bell at Cantina Bartolo Mascarello. Someone greets you, explains you what’s still available (most bottles are gone, of course), and there you have it, the Barolo you’ve been chasing all morning! 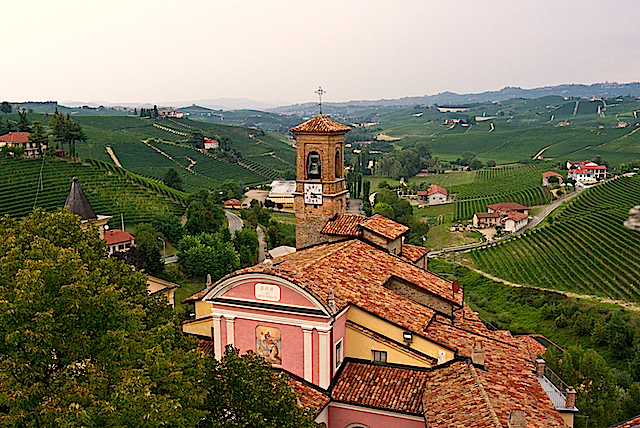 Believe or not, something similar did happen once. That day, the Barolo fanatic found Bartolo Mascarello himself – a real celebrity in the world of Italian wine – greeting him at the door. After Bartolo passed away in 2005, his daughter Maria Teresa welcomes prospective buyers coming all the way from Germany, Japan, or the United States.

Most of the time, however, visitors leave with far fewer bottles that they would like. In fact, while the demand for their Barolo is growing constantly, the supply is deliberately kept fixed at around 15,000 bottles a year. Speculators, I am told, would like to stock up on Barolo bottles, and then sell them to wine enthusiasts around the world. Instead, most bottles go to the fellow winemakers, customers, and distributors who have established a decade-long relationship with the Cantina, and that Maria Teresa does not want to disappoint.

Barolo, of course, has a worldwide reputation as one of Italy’s greatest wines (in case you need to refresh your memory). But what explains the success of Mascarello’s Barolo? In the world of wine, tradition and quality are appreciated more than marketing, yet how can any business be recognized internationally without an email address or a website?

To solve the mystery, I visited Cantina Bartolo Mascarello in Barolo, where Maria Teresa Mascarello and her collaborator, Alan Manley, helped me figure things out.

First of all, what is the story of Cantina Bartolo Mascarello?

Maria Teresa: This is one of the oldest, continuously operating family wineries Barolo wineries. It was founded as a commercial winery by Giulio Mascarello, Bartolo’s father, in 1919. At the time, most Barolo was still produced for domestic consumption. Unlike the other historic wineries in the area, which now produce hundreds of thousands of bottles per year, we’ve remained rather small. Under Bartolo’s direction, our property reached its current size of five hectares. Meanwhile, as Barolo came to be recognized as one of Italy’s best wines, countless other wineries sprang up. Demand has gone up a lot, but we’ve kept our production pretty much the same.

We aim to make a “honest” wine, not a perfect wine. That is, a wine that reflects the territory, the vintage and the culture, as well as the typicity of Nebbiolo.

Indeed, there are many other wineries producing excellent Barolo in the area. What is special about Cantina Bartolo Mascarello, and why do customers are so hooked up?

Maria Teresa: Well, everyone knows what we do and how we work. We keep doing the wines that are typical of this territory, which means Barolo of course, but also Barbera, Dolcetto, and Freisa. There is no need to innovate, to come up with new names, when you are steeped in this tradition. We’ve inherited a tradition, we cherish it and we share it with those who cherish it like we do. [as we talk, just to make the point clearer, we pass by the “wine archive”, where the Mascarello family stores bottles of Barolo that date all the way back to the 1950s. And yes, they do open and drink them occasionally] We could produce more, whether by changing our techniques or getting more land, but we’ve decided not to. I prefer this human and artisanal dimension. Our customers appreciate our way of doing things, and our Barolo is sold out almost every year – why would you change that? 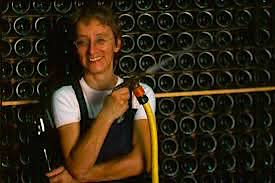 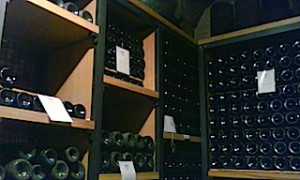 Concretely, what does it mean to make Barolo the traditional way?

Alan: Among the other things, it means combining Nebbiolo grapes from the four vineyards that make up the Mascarello estate, rather than using only the grapes of a single vineyard, as it is fashionable today. Each vineyard has different characteristics, like the climate or the soil, and we want to incorporate these characteristics into the wine. Also, we do not use barriques, i.e. small barrels of French oak, to age the wine. That wood is porous, and it ends up imparting all sorts of aromas and flavors to the wine. Instead, we use large, thick Slavonian oak barrels like our forefathers used to do. Our method is slower [the smaller the container, the faster the maturation process], but it does a better job at preserving the natural characteristics of the wine. Overall, we aim to make a “honest” wine, not a perfect wine. That is, a wine that reflects the territory, the vintage and the culture, as well as the typicity of Nebbiolo.

That sounds great. But are there any downsides to this approach?

Maria Teresa: Well, you are more dependent on the weather and natural conditions in general. If your wine reflects the conditions of the vintage, you get a different product every year. In 2012, for example, one of our vineyards was hit by a hailstorm. We had to throw away half of those grapes. It is like taking one main ingredient out from a recipe, of course the flavor is different!

Alan: And you have to adapt the traditional approach to ever-changing conditions. The fermentation process is a perfect example. Fermentation is the period in which the yeast converts sugar and oxygen to alcohol and CO2. We don’t really control this, it starts and keeps going until the sugar is gone. During that phase, Maria Teresa and Sandro Bovio, our enologist, check the macerating wine every day, and base their decision on both sensory and technical parameters. Every vintage is different. This year, it took about 16 days. But other times, like in 2010, it takes more than 50 days. You cannot really plan around that.

At this point of the conversation, we have finished the tour and we walk into the tasting room. Alan sits across the table from me and together we do a little wine tasting. Forget the crowds of Napa wineries – this is almost a family affair. Or rather, it feels like when a friend wants to share with you something he holds dear. We first try some Dolcetto – truly a great start – and then Barbera. Alan praises their Barbera as he sips it, but, he is quick to add, “it is not for Barbera that I decided to move down here”. The reason why he moved to this small town in Piedmont, and the reason why people keep knocking at the Mascarello door, becomes clear a couple of minutes later, when I get to taste an incredibly smooth, aromatic, and complex 2010 Barolo. Yes, I think I get it now. And yet Alan says that, as the tannins soften, this Barolo will reveal its true greatness only 16-18 years from now. Well, I guess I have a reason to come back. 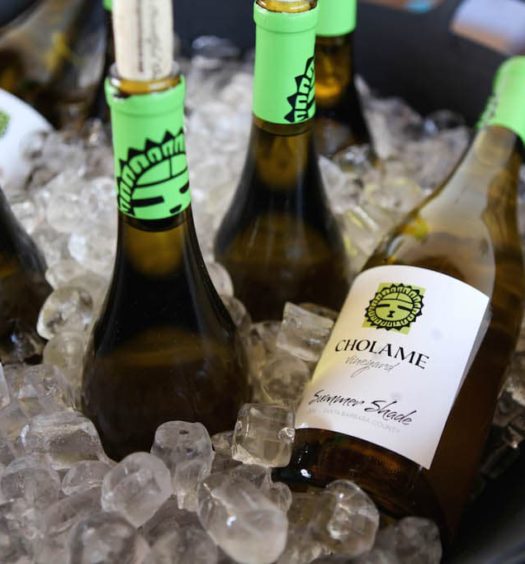 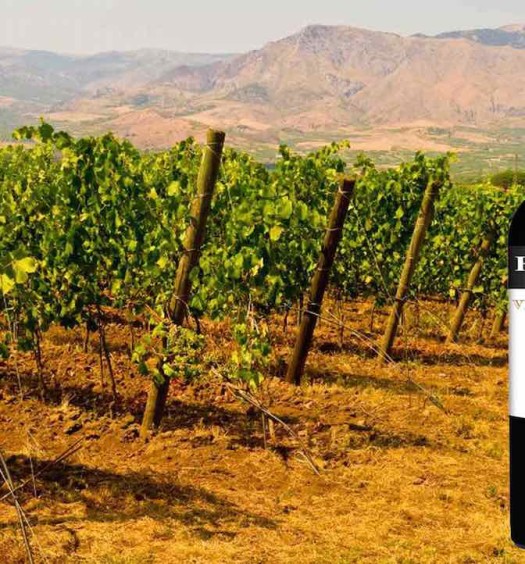