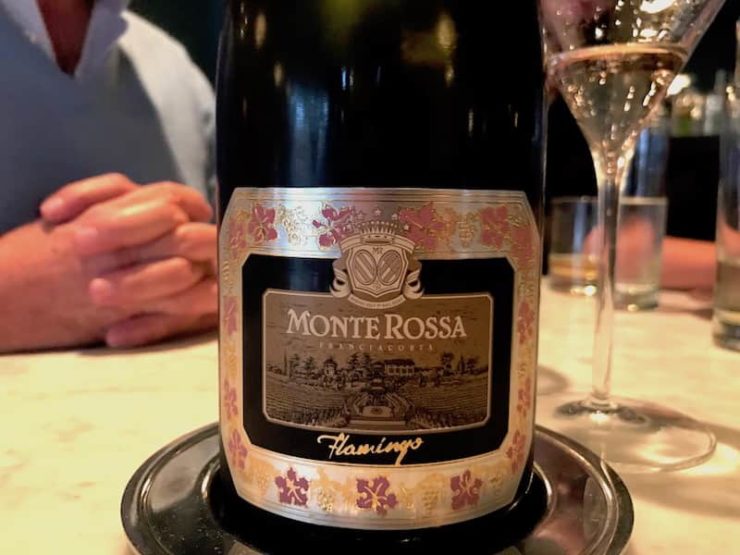 The Holidays Are Here, Celebrate with Franciacorta Monte Rossa!

The Holidays Are Here, Celebrate with Franciacorta Monte Rossa!

This holiday season, toast the Italian way! We interviewed Emanuele Rabotti, the man behind Franciacorta Monte Rossa. And guess what, even good old Frank Sinatra loved the Italian bubbles...

Christmas and New Year’s are around the corner, although it feels like we just said farewell to summer! Nothing like toasting makes me feel festive. Every year, on Italian magazines, TV shows, and commercials, the “bubbles battle” gets ooeal. What are you going to toast with? What bottle will you bring to your aunt and uncle’s on Christmas day?

RELATED: What is the best panettone in Los Angeles?

Before you get bogged down too, we at Foodiamo would like to tell you about a great high-quality Italian sparkling wine, perfect for any kind of celebration: Franciacorta. We had the pleasure to chat with Emanuele Rabotti, owner of Monte Rossa, a famous winemaker of the Franciacorta area. We asked him to clarify some common questions (like, “Champagne vs Prosecco vs Franciacorta”), and we ended up recalling some old Frank Sinatra stories. How come? Let’s proceed with order. 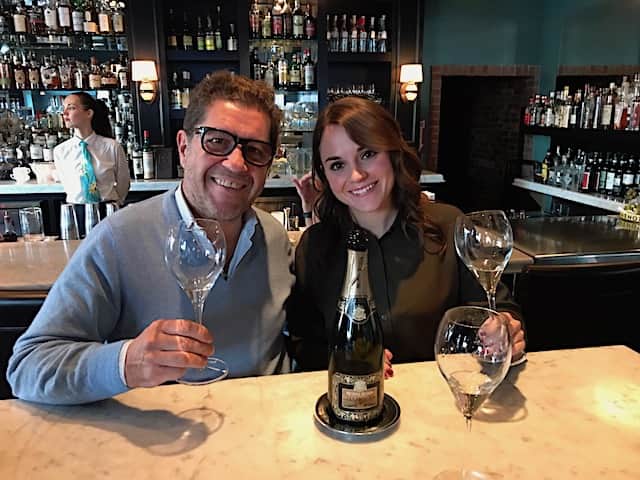 Franciacorta: From the land to the wine, and back

First of all, Franciacorta is the area in Italy that produces the namesake bubbly wine. It’s on the hillside of Brescia, in the Lombardy region, only a few steps away from the little but charming Iseo Lake. It’s ironic how the name reminds of France, land of its rival Champagne. In fact, among the many theories on the origin of the word “Franciacorta”, the most probable one has nothing to do with France. It seems like in the past those were free lands, that is free from duties and taxation, in Italian “terre franche”.

While we’re at it, Italy hasn’t yet matched France in sparkling wine production. Champagne is still the most enjoyed bubbly wine throughout the world. Prosecco outdid Champagne in sales, but it’s made with a different process (the so-called Charmat method, which I mentioned here and here) and has a lower price, too. Franciacorta shares production method with Champagne, but still hasn’t equaled its diffusion and popularity.

A sip of Franciacorta history

To be honest with you, Franciacorta is not considered the perfect area to make sparkling wine. In the past, they used to grow almost exclusively red grapes. Things started to change in 1961, when the Berlucchi family produced the first 3,000 bottles of classic method sparkling wine from Pinot Bianco grapes, helped by enologist Franco Ziliani. From then on, Franciacorta started developing as an area for sparkling wine production.

Over the last few years there has been a huge improvement in enology and winemaking. Thus, thanks to great marketing and entrepreneurial efforts, Franciacorta are now the most loved classic-method bubbles in Italy. In fact, just saying “Franciacorta” makes people think of the wine itself, not only the area where it comes from.

RELATED: 20 Italian Wines You Should Try, One for Each Region 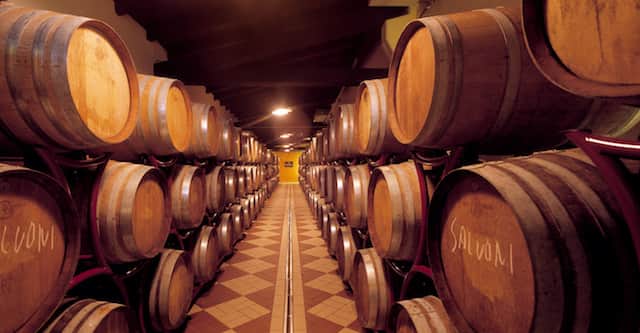 Franciacorta Monte Rossa: From the origins to the future of Franciacorta

Of the many wineries that produce Franciacorta, Monte Rossa is among the ones that have received the most accolades. The winery was born in 1972, thanks to the perseverance of Paolo Rabotti and his wife Paola. Soon enough, they chose to leave behind the production of still wines, in order to focus on bubbles. Together with Berlucchi and a few others, the Rabotti family has contributed to make Franciacorta famous all over the world.

Today, Monte Rossa makes about 500,000 bottles per year, with an interesting offer of nine prestigious labels. The building of a new cellar in 2002 allowed their production to improve further, marrying technology to tradition.

A chat with Emanuele Rabotti, the man behind Franciacorta Monte Rossa

We interviewed Emanuele Rabotti, son of Paolo and Paola, and current owner of Monte Rossa, to learn more about the history of Franciacorta Monte Rossa and, of course, to have a little holiday toast.

Foodiamo: How was it possible to make high-quality classic method bubbles in Franciacorta, an area that is not particularly suitable for that method, and where they used to grow red grapes only?
Emanuele: It happened thanks to the great teamwork of a group of winemakers that had an entrepreneurial intuition, not only regarding the land, but also the type of product. My parents, along with other producers, figured out how to achieve a quality product, making the most out of a land that today gives its name to the product itself. It was something that nobody had done before, so they had to be resourceful and enterprising.

“Good products come from good lands, combined with a lot of patience and hard work.”

F: Making classic-method wines is already expensive, and the exported bottles end up being even more expensive. Is it hard to compete with Champagne (similar price tag, but more widely known) and Prosecco (different, but cheaper)?
E: No, it isn’t really. People around the world go out to the restaurant and want to drink well, without worrying too much about labels and brand names. If they like the product, they come back, and order it over and over again. It is a bit harder for retail, so this will be our challenge for the next years. We want consumers to learn about Franciacorta and be the ones that look for it. It’s also important to remember that Franciacorta area doesn’t need to sell billions of bottles, after all. We’re talking about a total of 16 million per year.

F: What can we learn from the French, and what can they learn from us?
E: The French have a great past. We have a great future. For both business and pleasure, I’m used to trying sparkling wines from all over the world. There are some classic method “cava” wines from Spain, as well as some Californian bubbles, which are amazing but not quite well-known. Italy can do very well in the next ten years, perhaps even increase its production. But in a natural way, without forcing it. Good products come from good lands, combined with a lot of patience and hard work.

I bet that now you know what to toast with this Christmas! Good news for you, you can try Monte Rossa wines in Los Angeles. These are the four (out of the nine) Monte Rossa labels that you can find in LA.

As always, enjoy your wine! Better if with your loved ones.

Note: Neither Foodiamo nor I got any compensation for this article. Thanks to Emmy Fjerstad (Dark Star Imports) and Laura Donadoni for the assistance. You can read my Italian wine recommendations in the Vino Vino Situation series. 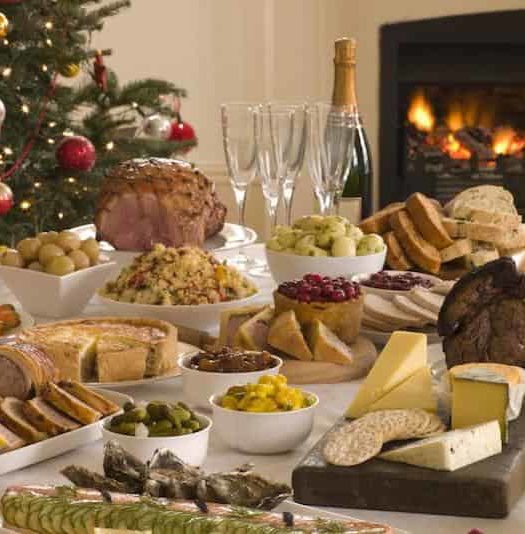 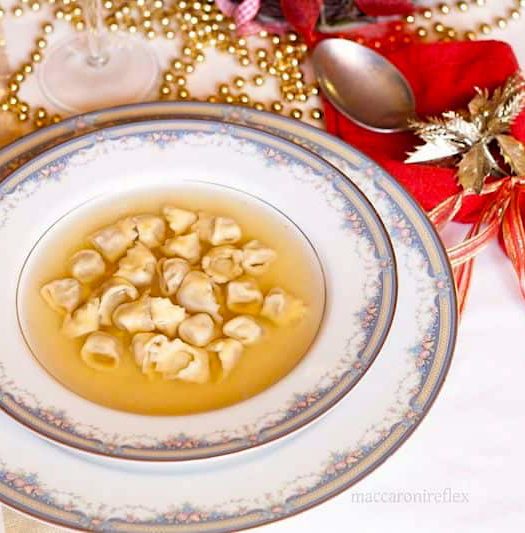