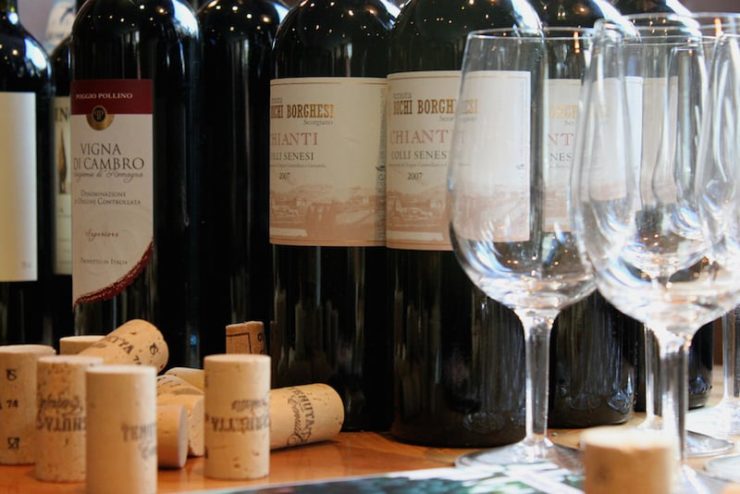 Traditional or Modern? Searching for the Best Tuscany Wines

Traditional or Modern? Searching for the Best Tuscany Wines

There's more than Chianti! Here's what you need to know about Tuscany wines

When someone says “Tuscany wines”, you immediately think of rolling hills, covered with vineyards and dotted with tiny hamlets. Yes, the Tuscan countryside does look a lot like in the postcards and movies! But, as a wine region, Tuscany is very complex.

Chianti, Brunello, Sassicaia… You’ve probably come across Tuscany wines at the restaurant or in a wine shop. What you may not know is that winemakers and wine lovers alike are divided between “traditional” and “modern” Tuscan wines.

Together with Piedmont, Tuscany is probably the most famous region for wine production and history in Italy. In both regions, there is a fierce contraposition between tradition and innovation. In Piedmont, it’s all about “old” and “new” ways of making Barolo. In Tuscany, it’s about Chianti, Brunello di Montalcino, or Vino Nobile di Montepulciano against the so-called Super Tuscan wines.

Let’s take a look at the differences between the traditional and modern wines of this beautiful region. So that you’re prepared, in case someone brings this up at your next dinner party! 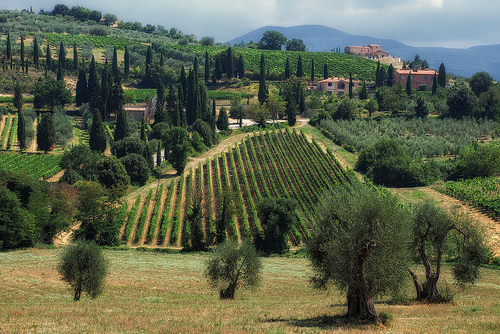 Production area of Chianti, Brunello, and other traditional wines (Photo by Eric@focus)

The production areas of traditional Tuscan wines are located inland, with no influence from the sea. This is the typical landscape that you’ve seen in many movies and pictures: gorgeous wineries, dirt roads lined with cypresses, and rolling hills so perfect that they look fake.

Here the wine tradition is over a thousand years old. Some documents dating back to 789 AD refer to the production of Vino Nobile di Montepulciano. So yes, when they say “traditional wines,” they mean it!

Sangiovese is the dominant grape variety in this area, along with Sangiovese “clones” that were developed over the course of history. Chianti producers sometimes use other varieties, like canaiolo or colorino. In the past, they even used white grapes such as malvasia or trebbiano.

Sangiovese is an intriguing grape, but is difficult to cultivate and has a lot of tannins. That is probably why the traditional Tuscany wines are aged for years in oak barrels (four years, in the case of Brunello).

Until a few years ago, they only used large oak barrels, to allow a good maturation without imparting wood flavor to the wines. Some winemakers started to use also smaller oak barrels (aka barriques), to obtain a concentrated color and to respond to changes in consumer tastes. 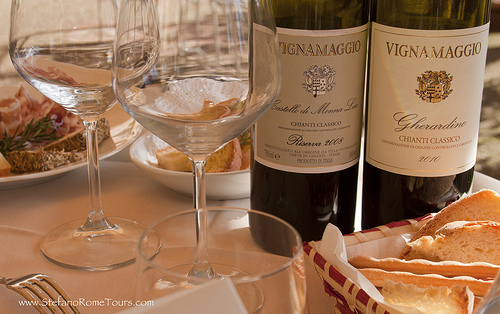 There’s doubt that Sassicaia is the symbol of modern Tuscany wines, usually known as Super Tuscans. Its (short) history started in the village of Bolgheri. The Marquis Mario Incisa della Rocchetta imported some vine plants of Cabernet Franc and Cabernet Sauvignon from Bordeaux. Thinking out of the box, and thanks to winemaker Giacomo Tachis, he planted them in the Maremma area. In 1968, his family began to sell this new wine, which was very different from Chianti.

Sassicaia was just the beginning. Later on, Tignanello was born, a blend of Sangiovese and Cabernet. And then, Masseto, Ornellaia, Solaia and many more!

In the last 20 years, Super Tuscan wines have made much progress. The peculiarity of these wines is that each one is different. Each comes from a particular blend of grapes, soil, vinification process, and history. That’s why it is difficult to clearly define Super Tuscan wines. 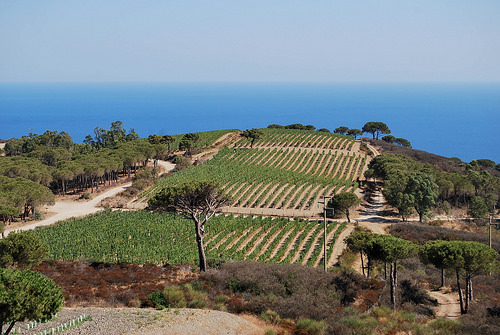 In general, Super Tuscan wines come from warmer lowland areas near the sea, like Maremma. Here we can find international grapes like Cabernet Sauvignon, Cabernet Franc, Petit Verdot, or Syrah. Some producers blend these grapes with Sangiovese, mixing tradition and innovation to obtain the best of both worlds.

In fact, the Tuscan terroir is very similar to the Bordeaux region. So it was not just a simple and casual “transfer” of vines. Rather, it required careful planning and winemaking techniques.

Modern Tuscany wines have a more concentrated color than traditional ones. They mature in small oak barriques, they are supple and full-bodied wines.

Super Tuscans can have different designations of origin, or classifications, ranging from IGT to DOC. Keep in mind, even those without a specific designation can be very expensive. That’s because people know and value the history and culture of the winery more than anything else. 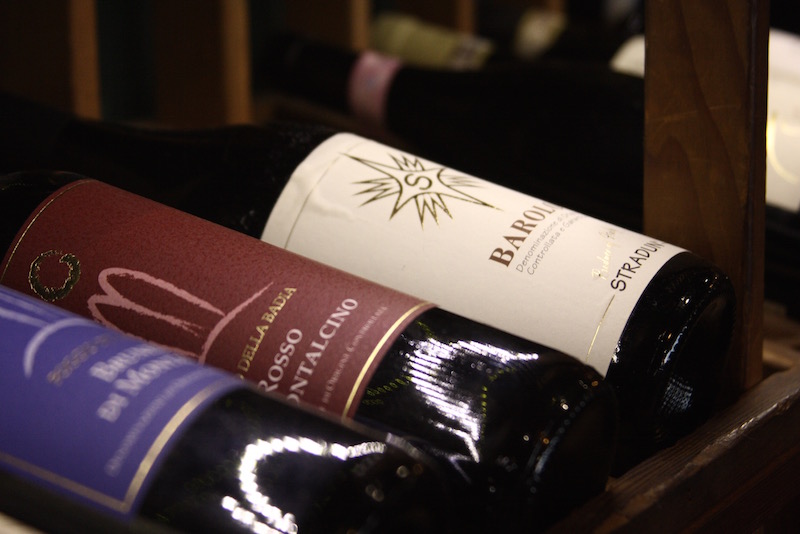 Traditional vs. modern? Keep calm and fill your glass

At the end of the day, it makes little sense to talk about a “fight” or competition between traditional and modern Tuscany wines. What I’ve just described are very different wines that you cannot confuse. New products respond to market demands and the wish to change the rules. In this case, the ancient rules regulating the production of Chianti and other traditional wines.

RELATED: 20 Italian Wines You Should Try, One for Each Region

Winemakers come up with blends of Cabernet, Merlot, etc. all the time, both in other parts of Italy and around the world. What’s special about Tuscany is that it has such a great wine tradition and history. So now tradition and innovation cohexist in the same region.

Some say that Super Tuscans are “fashion wines,” kind of superficial and shallow. There may be some truth to that. However, every fashion disappears if there is no quality behind it. Instead, people all over the world continue to love Tuscan wines, both traditional and modern. 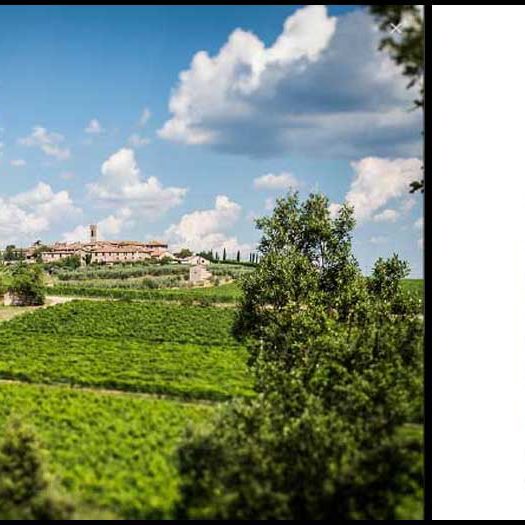 Chianti Classico San Felice: Straight from the Heart of Tuscany 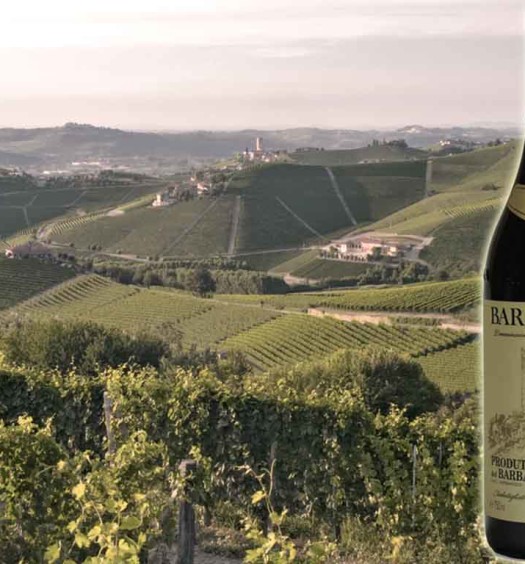