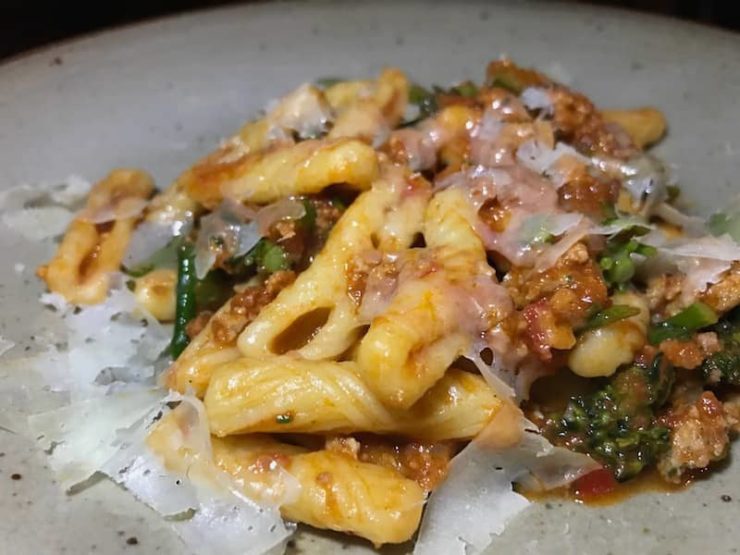 Going to Felix Trattoria? Read this and be ready to reach pasta heaven

If you follow LA’s dining scene, you’ve probably heard of Evan Funke. His restaurant in Culver City, Bucato, became a destination for pasta-lovers, but closed down in 2015. Funke has been out of the restaurant game for two years since then. Finally, after partnering with Toronto-based restaurant group Gusto 54, he opened Felix Trattoria on Abbot Kinney in Venice. Now, inside a temperature-controlled pasta laboratory, Funke rolls the dough by hand just like our nonnas would do.

Felix Trattoria is really popular these days, so consider yourself lucky if you were able to get a table. Now what? Make sure to order these seven great dishes!

What you should order at Felix Trattoria, Venice 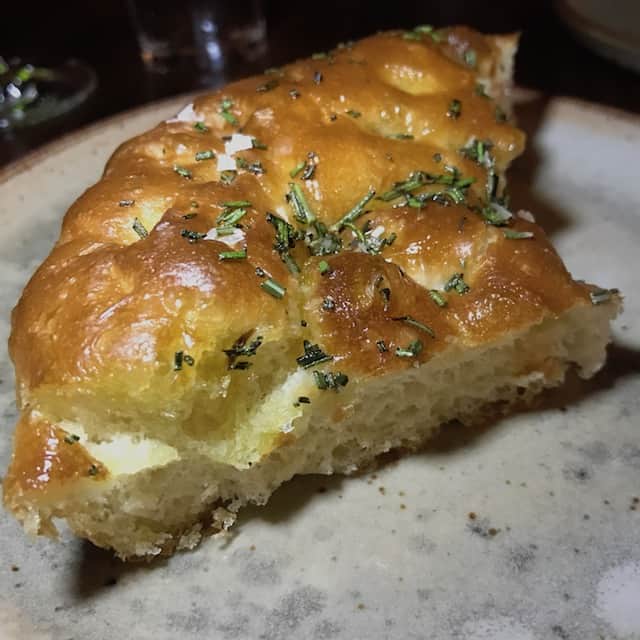 Think of the best, fluffiest focaccia you can think of. That’s how you should start your meal at Felix! Not sure why they call it sfincione. In Sicily, sfincione is topped with tomatoes, onions, and sometimes grated cheese. This focaccia, instead, is topped only with rosemary and salt. In the end, it doesn’t really matter because you will love the dough more than any topping. 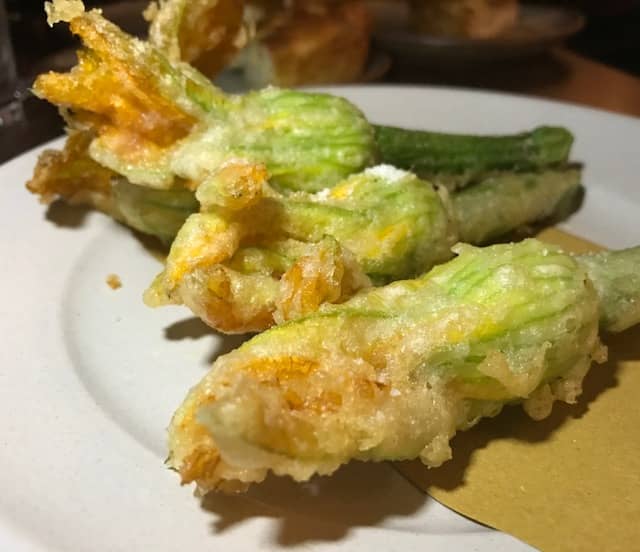 Some people would eat anything that is fried, and that may or may not include us. That said, these fried squash blossoms are outstanding. Stuffed with fior di latte mozzarella, they are the perfect appetizer to share before the pastas and pizzas arrive.

The main reason you should come to Felix Trattoria is the homemade pasta. However, you shouldn’t overlook the pizza selection. In fact, the pizzas at Felix can compete with some of the finest pizzerias in LA. The pizza margherita is, of course, a super-classic: tomato sauce, imported mozzarella from Campania, Italy, and a touch of basil. 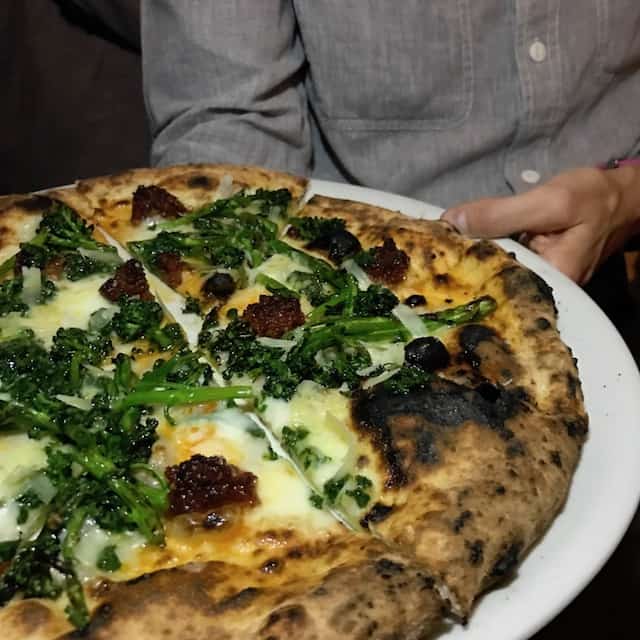 The Calabrese is a spicier, more flavorful alternative to the classic margherita. Unlike the other cuisines of Italy, Calabrian cuisine is heavy on chili pepper. The local pork sausage, ‘nduja, is particularly spicy and is usually served over bread or added to pasta sauces [if you want to try a domestic, artisanal ‘nduja, check this out]. At Felix, they use it as a pizza topping for the Calabrese, together with charred broccoli and buffalo mozzarella. 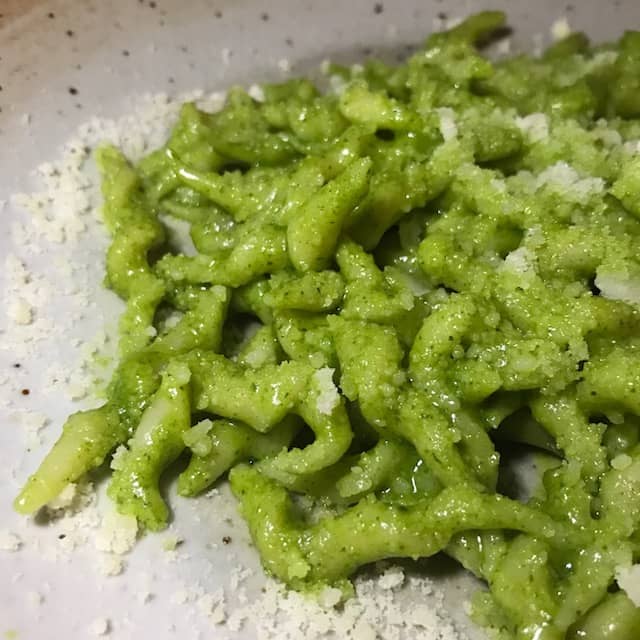 And finally, here comes the pasta! One of Evan Funke’s merits is to (re)discover types of pasta that are hard to find outside of Italy. Trofie is a pasta shape from the Liguria region, in Northern Italy. In fact, if you’ve ever been to the famous Cinque Terre, you probably had or at least saw trofie at a local restaurant. At Felix Trattoria, the trofie are cooked al dente and have a pleasant, slightly chewy texture.

Send noods ? thank you for the beautiful ? @secretstan

Because Evan Funke wants to make things right, he divided Felix pasta menu by region: Northern Italy, Central Italy, Southern Italy, and Islands (i.e. Sicily and Sardinia). From the Central Italy section, make sure to pick Tonnarelli Cacio e Pepe, a traditional dish of Rome and the Lazio region. Tonnarelli is a sort of thick spaghetti with a square section, rather than round. A blend of pecorino romano, parmigiano, pasta water, and freshly ground pepper (a lot of pepper), makes for a thick, creamy, and piquant sauce. 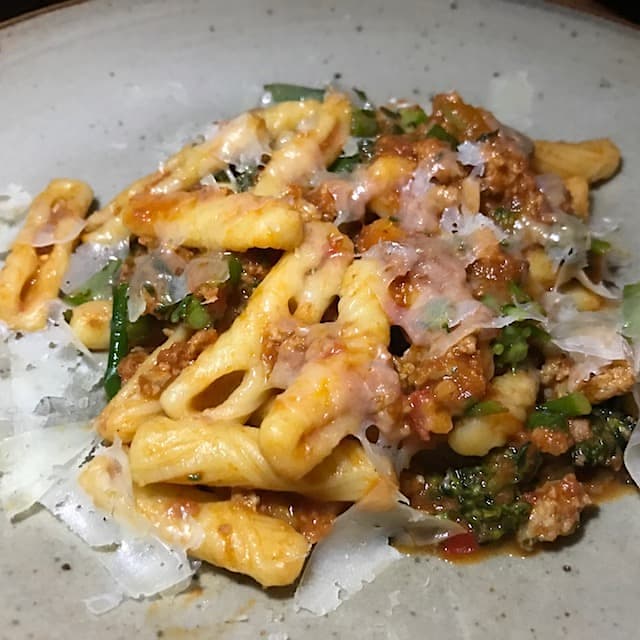 We end with a pasta from Southern Italy, specifically from Apulia and Molise. Also known as cavatelli, the capunti are traditionally served with meat or broccoli sauces. In line with the Italian tradition, at Felix they toss them with a sausage and broccoli sauce, and grate pecorino on top. With a touch of chili pepper, it’s a hearty and flavorful dish that is guaranteed to fill you up (if you’re not already!).

Photos by Raffaele Asquer for Foodiamo. All rights reserved. 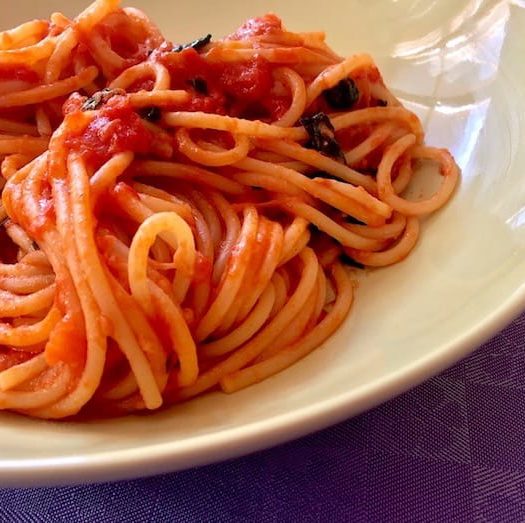 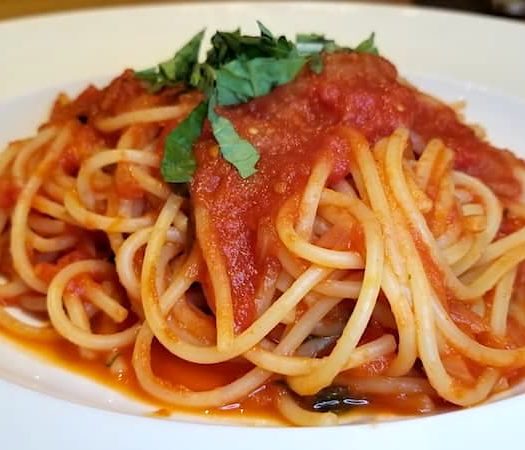