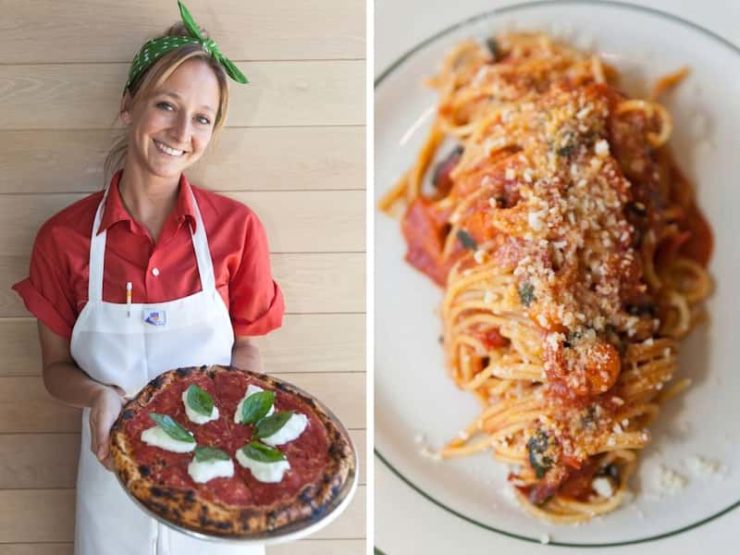 Do your taste buds a favor and go try these dishes at Jon & Vinny's!

Jon & Vinny’s looks like the perfect spot for a playful weeknight dinner with your friends. It’s joyfully sinful and almost childish in its straightforwardness: pizza, pasta, and soft-serve ice cream. All you need to bring back good childhood memories.

Chef Courtney Storer and her creations at Jon and Vinny’s (Photo: Agata Gravante)

Just make sure you reserve a table. Jon Shook and Vinny Dotolo’s restaurant is small, popular, and sometimes celebrity-packed. Anyhow, it’s its being Italian inspired that attracted us to this joint. We had a fun chat with Courtney Storer, their Chef de Cuisine, who helped us pick the best from the menu to satisfy our demanding Italian taste buds (she traveled to Italy, so trust her). 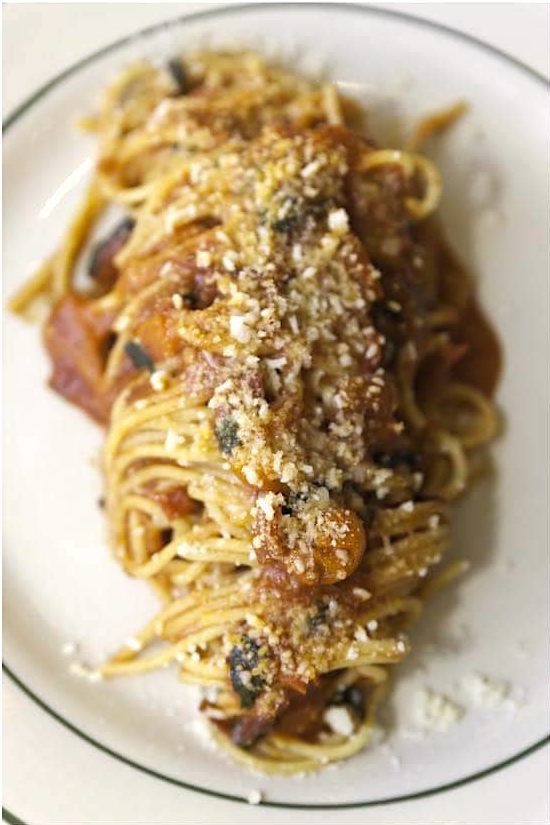 The name of the dish is the ingredient list itself. Nothing to hide: Just simple, delicious pasta, made with the produce we are lucky to have in Southern California. At Jon & Vinny’s, they work closely with local farmers, and visit Santa Monica’s farmers market regularly to see what’s in season, to keep the menu as local and fresh as possible. Courtney remarked that they love to find that great-tasting ingredient and build the dish around it to make it shine. And that’s exactly what we do in Italy: We just go pick something from our back garden and cook with it.

Back to the dish, the real star here is the heirloom tomato, which has the perfect balance of acidity and sweetness. Its flavor is more complex than a regular tomato’s. Combined with the freshness of basil, it allows this pasta dish to remain as simple as possible. It really is a three-ingredient dish, which you can find in every Italian kitchen. That’s its power.

To Courtney, it brings back memories of summers in Italy, especially in the city of Bologna, sitting peacefully by herself eating pasta. Also, it reminds her of her grandmother, who could use the few ingredients she had to make delicious food. We know that very well: You don’t need to use lots of seasoning if something tastes great already. 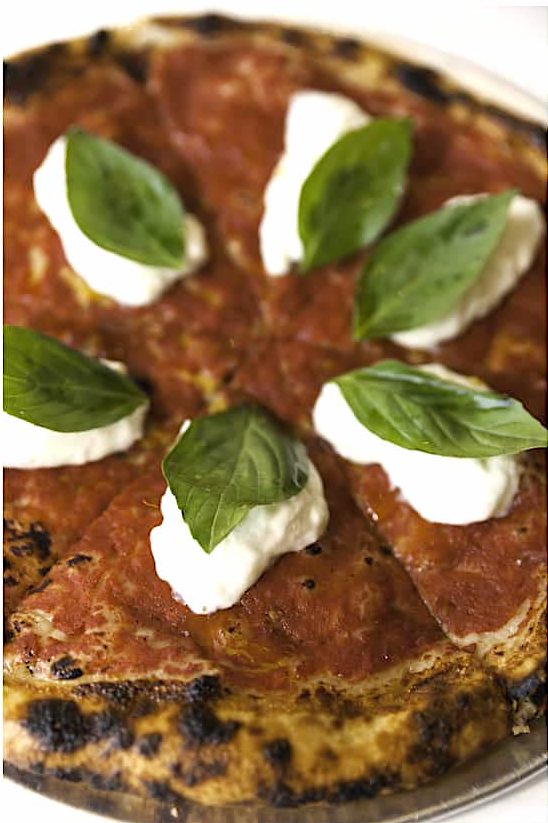 This pizza is on the menu since they opened, and for a reason. It may look like your usual Margherita, but it’s not. Okay, there’s pizza sauce and there’s cheese. But look closer: That is not mozzarella, but burrata, which is like mozzarella’s wealthy aunt who wears fur and pearls at family reunions. Tasting burrata, they thought it was delicious enough to keep the pizza very simple. As Italians, we’ll never stress this enough: There’s no need to overdo a dish, if the ingredients used are fresh and genuine.

RELATED: Could Montanara at Vinoteca in Beverly Hills Be the Best Thing after Pizza?

“L.A. woman” has a soft cloud of burrata for every slice, so you won’t have need to fight over it (in case you’re sharing, but we recommend you don’t). A few leaves of basil give some brightness to the overall taste. Tomato sauce, burrata, and basil on Jon & Vinny’s signature pizza dough. A simple yet powerful combination.

About the dough, Courtney tenderly refers to it as their “baby.” It’s their own unique recipe, and it took them a long time to develop it. In the end, they achieved the perfect crispiness: An ideal canvas for every sort of topping, either Italian or American. 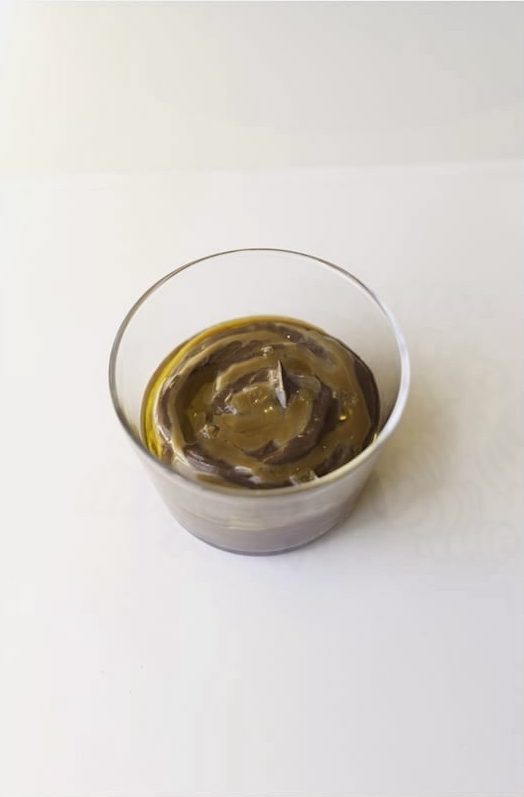 The first thing that catches our attention about this dessert is the unusual presence of olive oil and sea salt. As Courtney defines it, this chocolate budino is the “perfect example of decadence”, sweet and salty at the same time. They didn’t want to have a too-rich dessert menu, because the type of food they serve is already filling and they don’t want people to leave overstuffed. This budino is fresh, balanced in taste, and with a nice texture, making it the ideal after-dinner compromise.

The dish reminds Courtney of the great chocolate she had in Italy. Their goal at Jon & Vinny’s is to bring people to Italy with their food, and to remind them of their travels. The idea for this dessert came because they wanted to create something with the amazing chocolate they have, then liked the idea of adding a drizzle of olive oil at the end! They wanted to keep it classic, but incisive at the same time, so even kids can remember about it. Clients love this dish, so when they take it off the menu they claim it back. Crying, almost. Just like a child would do. 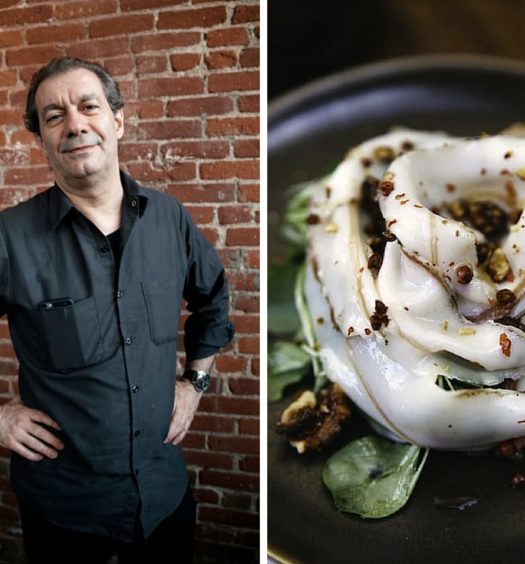 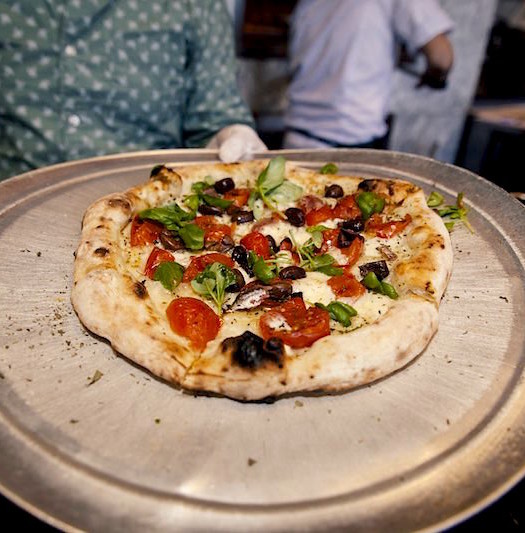