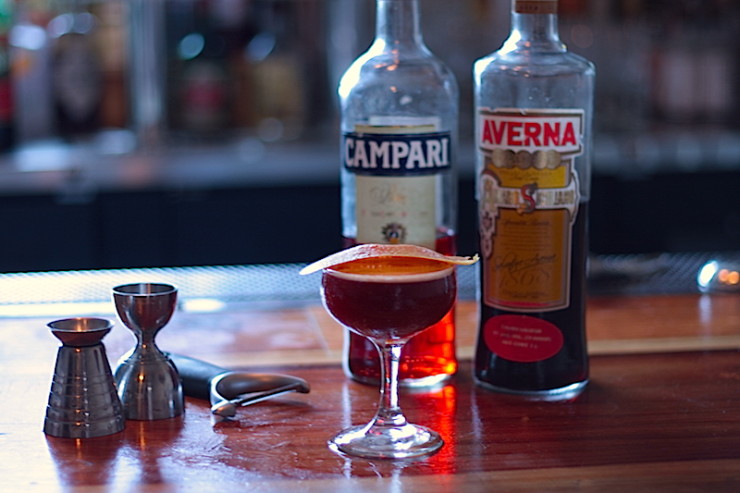 By Raffaele Asquer  •  8 years ago  •  Restaurants

Want to add a splash of amaro to your next cocktail? Josh Goldman can help you

It’s 2pm on a foggy afternoon in downtown Santa Monica. A bit too early to talk (and drink) amari and cocktails, you might think. Yet, we walk into Brilliantshine, a classy, dimly-lit saloon on Wilshire Boulevard. Josh Goldman greets us and invites us to take a seat at the bar.

An experienced bartender and a former general manager for acclaimed restaurants such as Bastide and ink., Josh Goldman is now the co-owner of Brilliantshine. The guy clearly knows his booze. Before we know it, we’re tasting amari from various regions of Italy, and we’re sipping cocktails pretending it’s Saturday night. But let’s proceed with order.

Tell us a bit about yourself, and how you ended up here in Santa Monica.

“For me this feels like coming back. I moved to LA in 2001, and when I was an undergraduate at UCLA I used to hang out here. For years, this was the famous Renee’s Courtyard, very popular with locals and celebrities. During college, I worked as a bartender and I discovered my passion for booze. Well, I made a career out of it.

Later on, with my partner Julian Cox we founded Soignè, where we offer our consulting and expertise to bars and restaurants. We wanted to open our own place, so when I saw that this space was available, I had to take the opportunity.”

What is the idea behind Brilliantshine?

“An intimate, local neighborhood joint. We are close to the beach, close to the bustling 3rd Street Promenade etc., but we want people to feel like they’ve left all of that behind. I think the architecture itself gives you that feeling. Back in the 1920s, this was a house. You see? That room over there was the kitchen. We wanted to bring that “homey” feeling back, in a sense, and we wanted to restore a piece of LA’s architectural history.” 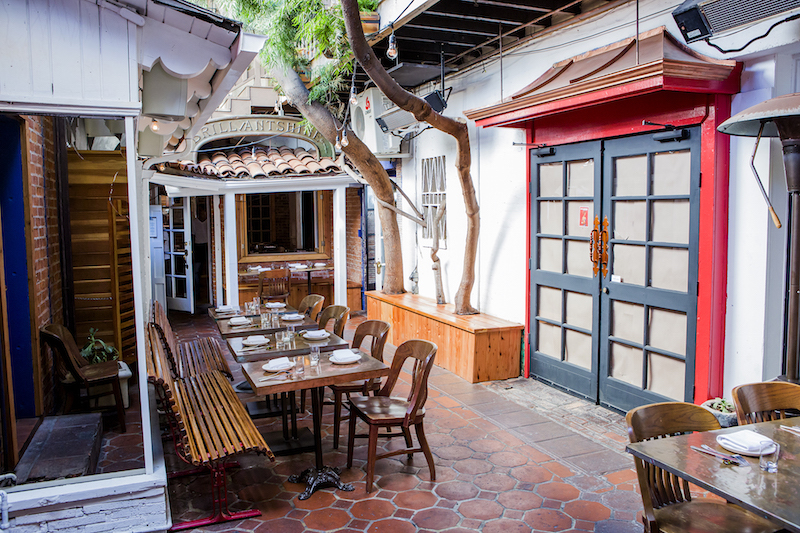 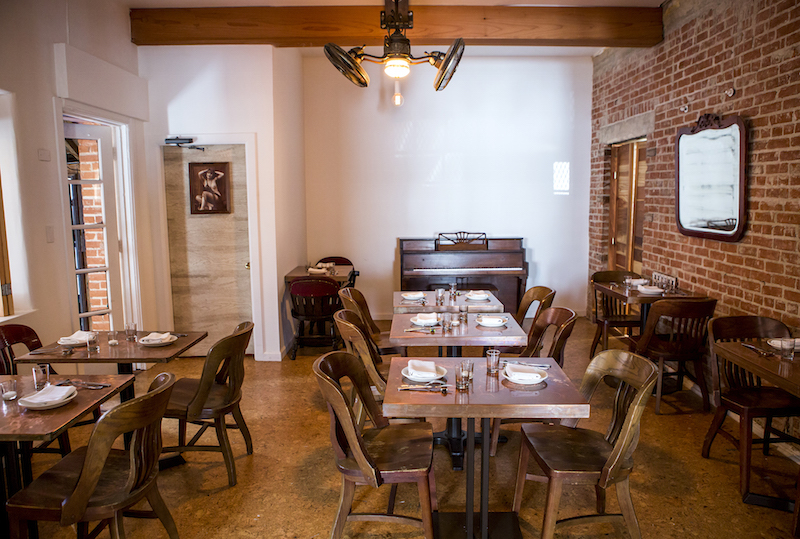 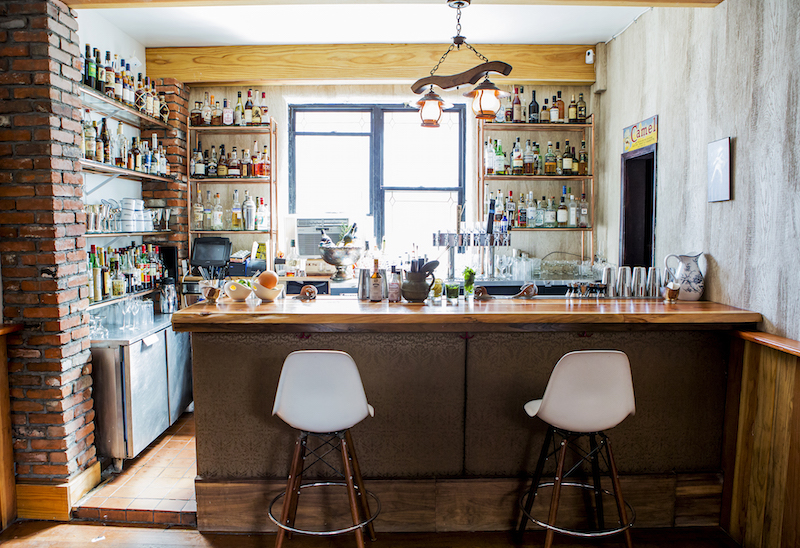 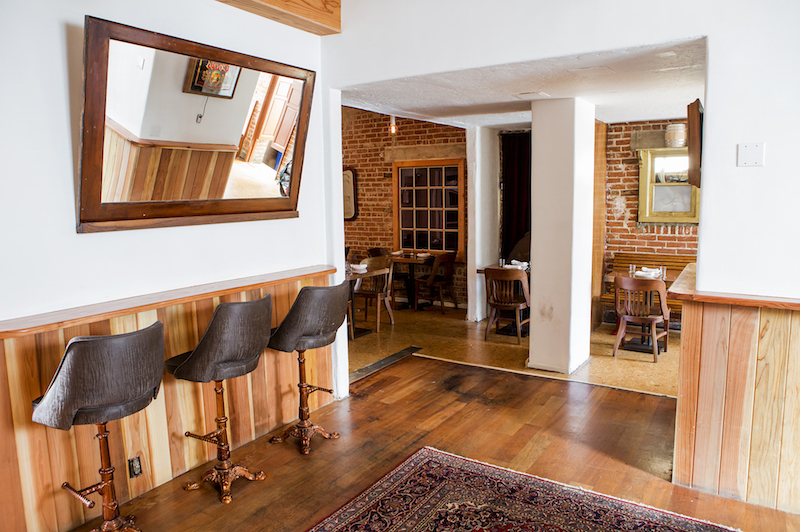 Alright, let’s talk alcohol! You feature an impressive list of amari. How did you discover them?

“Well, when you try one amaro you want to move to the next one, then another one, and so on and so forth. The variety of flavors is incredible.

You start with a classic, let’s say Amaro Averna [and  here he starts pouring us amaro samples…]. There’s Zucca, which despite the name – zucca means pumpkin in Italian – is made with rhubarb. Then you have the herbal, alpine liqueurs like Amaro Braulio. Strega, among the other things, has saffron in it [so don’t get turned off by the yellowish color].”

Sometimes their formula is secret, but you always know which plant or herb serves as a main ingredient. With Cynar, it’s artichoke [what a great way to eat, or rather drink, your veggies] 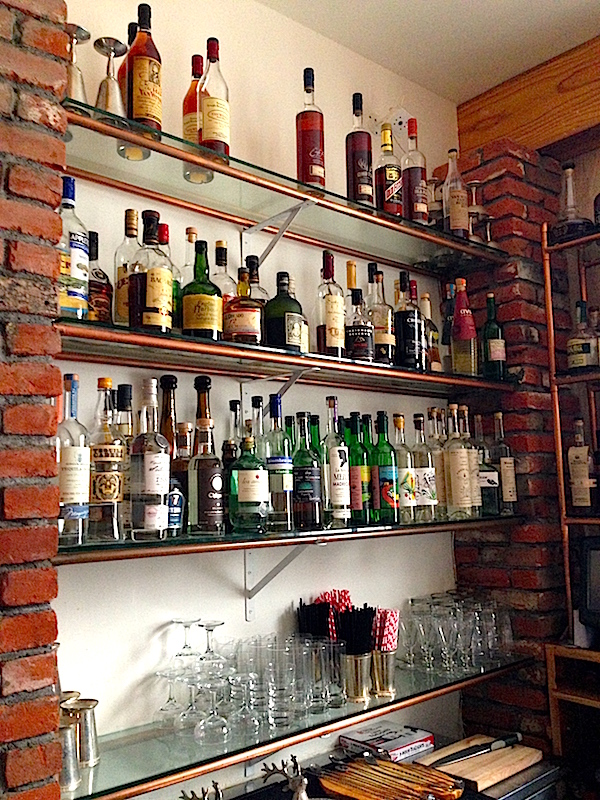 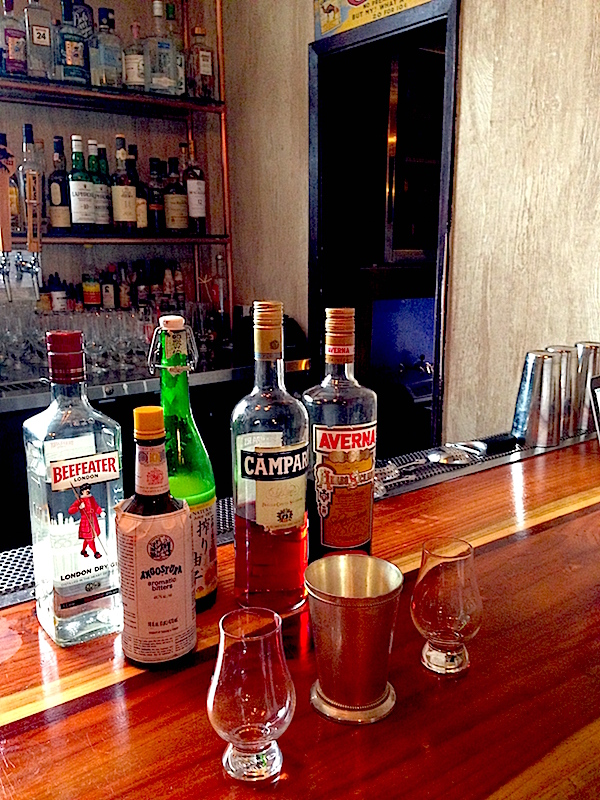 How do you use amari in your cocktails?

“Amari give great complexity to cocktails. There are so many combinations that you can create, they are a real goldmine. Generally speaking, you want to combine a sweet ingredient, like honey or agave, with something acidic, like lemon or orange, and then add an amaro to balance the sweet. In fact, lots of people find amari too bitter by themselves, but they don’t mind it when they are mixed into a cocktail with something sweet.

Sometimes amaro is the main liquor in a cocktail. Other times, you just add a splash of amaro to give a twist, a particular flavor to a cocktail that already has a main liquor. For a Hanky-Panky, for example, you add a dash of Fernet Branca to a base of vermouth and gin. For a Brooklyn cocktail, you mix in a little Amaro Averna.”

We are still thirsty…can you make us a cocktail?

“Sure thing. We’ve talked about amari, so let’s put some Averna. While we’re at it, here’s a barman trick. A pinch of salt in your cocktail reduces the bitterness and enhances the citrus flavor, which in our case comes from grapefruit zest.

Moving beyond amari, let me at least mention two other classics, Campari and Aperol. They are also made with a proprietary combination of herbs and fruit, and they are great ingredient for cocktails [case in point: spritz]. I will use Campari today.

After some mixing, shaking, and straining…

And here’s your Amaro Never Dies part Deux. You know, sometimes you just want to chill and sip amaro as is. But with this, you take amaro to the next level. Enjoy!” 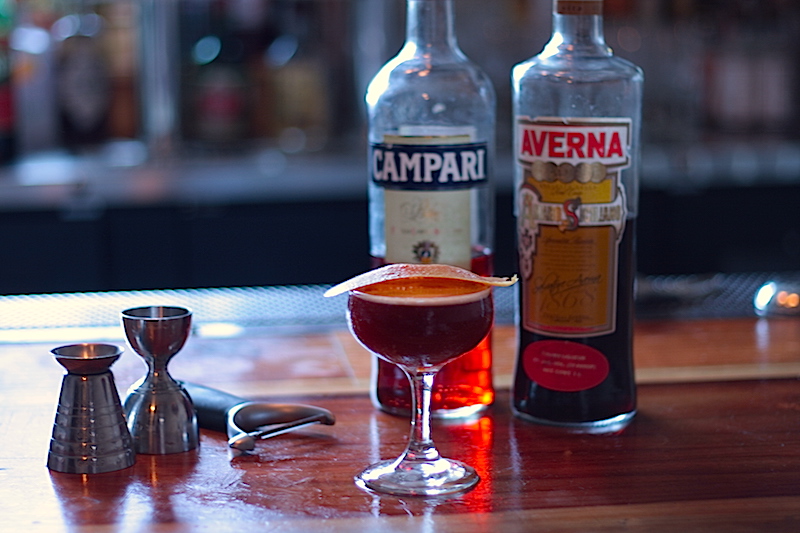 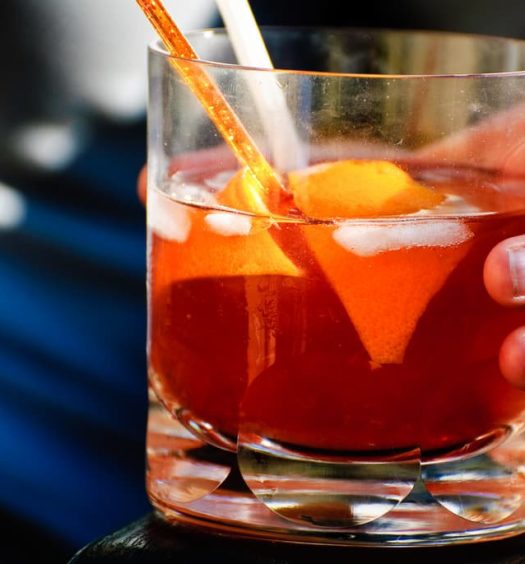 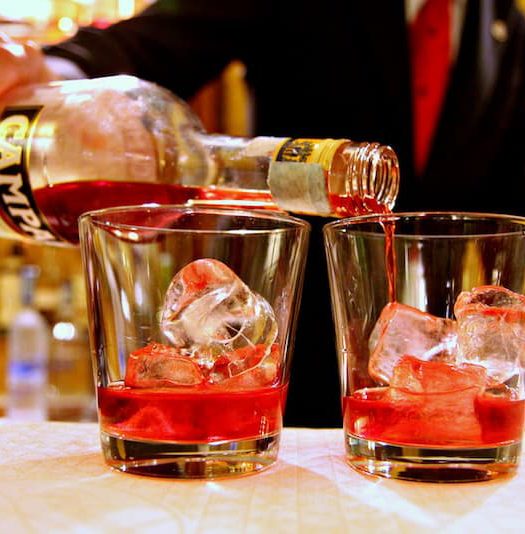 Where to Celebrate Negroni Week 2017 in Los Angeles

Read More
Where to Celebrate Negroni Week 2017 in Los Angeles