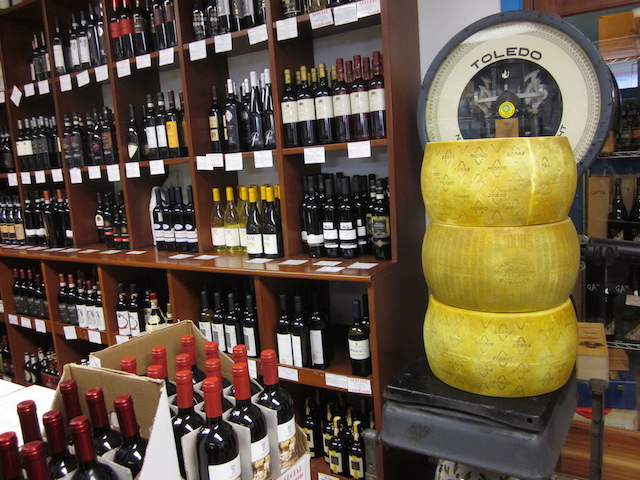 Guidi Marcello may be tucked away, but well worth a visit.

I am tempted to define Guidi Marcello in Santa Monica with overused expressions like “LA’s best kept secret” or a “hidden gem”. However, for Italian food lovers on the Westside Guidi Marcello is no secret at all.

In fact, during our visit on a random Tuesday afternoon, the store was bustling with customers who were dropping in to buy panettone (the holidays are upon us, after all), or browse the cheese section.

As it turns out, though, there is a well-kept secret. The store itself may be small, but don’t be fooled. We had a chance to visit their warehouses in the back, and we were blown away. Aisle after aisle of olive oil, wines, and pasta. Cold rooms filled with all sorts of cheese, chocolate, pork legs, and cured meats. As a matter of fact, Guidi Marcello is mostly a wholesale importer and distributor of Italian products. Only a tiny portion of what they import ends up on the shelves!

And there are some true gems as well. The ricotta affumicata (smoked ricotta) from Calabria, for example. This is a ricotta that makes a statement. Eaten on its own, it is so pungent that you may want to go back to the familiar taste of fresh ricotta. Instead, grate some on a simple pasta with tomato sauce, and it will stand out.

Guanciale (pork cheek) is hard to find in LA, so you’d better stock up here at Guidi Marcello. For purists, cooking pasta all’amatriciana with bacon instead of guanciale is tantamount to a capital crime. Maybe they exaggerate, but you have to try it at least once in your life.

So where does all of this ben di Dio (abundance, wealth) come from? To find out, we had a chat with Marco Guidi, son to the store founder Marcello Guidi, and his daughter Gessica.

First of all, who was Marcello Guidi, and what is the history of this store?

Marco: “I’ve been in the Italian food business for 55 years. We opened this store in 1981, and I’ve been living in the US since the 1970s. However, the first “Guidi Marcello” was in Addis Ababa, Ethiopia, can you believe that? My father, Marcello Guidi, was from Lucca, Tuscany. He imported Italian wines to Ethiopia back in the 1930s, when it was an Italian colony. That’s where I was born. See that stroller? [shows black-and-white picture] This is from Eritrea, and that’s me with my parents! I took over my dad’s business, and when I moved to the States I continued as a wine importer. Over time, we’ve added cheese, sweets, cold cuts, and all sorts of other products.”

“It is a bit like fashion. There’s new trend, everyone catches up, the market is full, and then you move on to the next thing. Traditions are evolving, I have to keep up with these changes.”

So you guys have never lived in Italy, but you’ve worked to import the best from Italy to the countries where you’ve lived. How has Italian food in the US changed over this time?

Marco: “Let me tell you, when I first arrived in the US the situation was terrible! Even something as simple as bread was disappointing. When I started to import extra-virgin olive oil, people had no idea of what it was. Well those were hard times!”

Gessica: “Yes, the change has been amazing! The knowledge of Italian food among the general public has increased dramatically. These days there is actually a greater variety of Italian food in the US than in Italy. When you go to places in Italy, you usually get to taste the local, or regional, specialties. Here, you can find specialties from all different corners of Italy! Ten years ago in Lucca I asked my grandma to get burrata, and she was like “What is that?” That’s because local specialties like burrata are not yet popular beyond their region of origin.”

Absolutely, but that means that the competition also has gone up. These days you can find burrata at random grocery stores. How does Guidi Marcello keep up with these changes?

Gessica: “We maintain a stable relationship with Italian producers and we keep updated with the world of Italian food. I visit Italy several times a year, where I meet producers who showcase the best of their products in fairs and tradeshows. They try really hard to impress us, because as importers we can make their products popular among chefs and customers here in Los Angeles. Take panettone, for example. Panettone was completely unknown a few years ago, now every store carries it. So the panettone at Guidi Marcello has to be special, has to be different, even if that means having expensive, high-end products.”

And what should we expect for the future? What is “hot and new” in the world of Italian food and cuisine?

Marco: “Well I don’t know what’s next, but let me tell you…. [says while weighing white truffles on a scale] There’s one thing that will never go out of fashion, the good old-fashioned Italian style of cooking. If you want to open a restaurant, you need to start from that!”

Gessica: “It’s hard to tell. In my last trip to Italy, I visited this farm around Brescia where they raise sturgeons. Their caviar sells very well in Russia, because beluga there is almost extinct. Who would have thought that there was caviar in Italy? But it’s a huge company, very successful.

Artisanal pasta is growing more and more popular. And look at this huge buffalo mozzarella [shows catalogue of a dairy farm, with a mozzarella that’s probably 13” wide]. It’s bigger than every mozzarella you’ve ever seen, they call it la zizzona, “big tit”. They say it’s perfect for wedding, large parties etc, because everyone can get a piece…Who knows!

In the end, it’s a bit like fashion. There’s new trend, everyone catches up, and the market is full – and then you move on to the next thing. Traditions are evolving, and I have to keep up with these changes.” 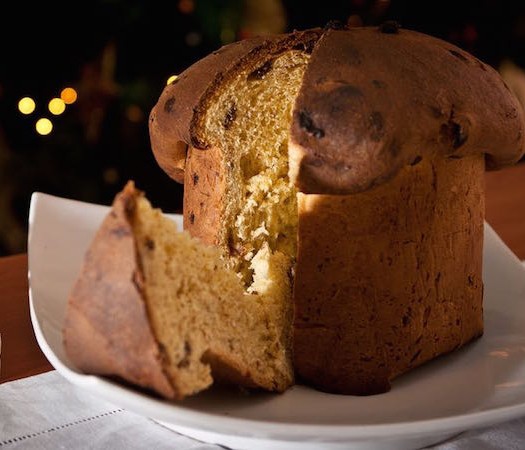