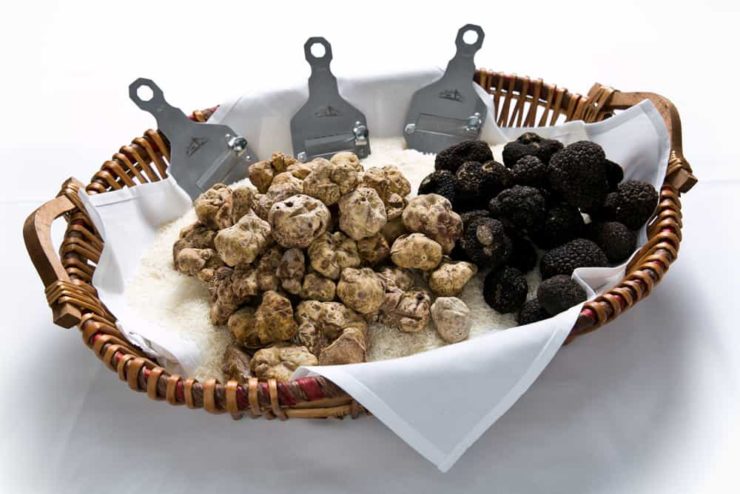 The highlights of La Grande Affaire 2016 gala dinner. Seriously, you've never seen to many truffles in one place!

Despite the French name, pretty much everything about La Grande Affaire 2016 reminded of Italy—the food, the wines, the music, the prizes. In fact, the event showed once again how much the people of Los Angeles love all things Italian. 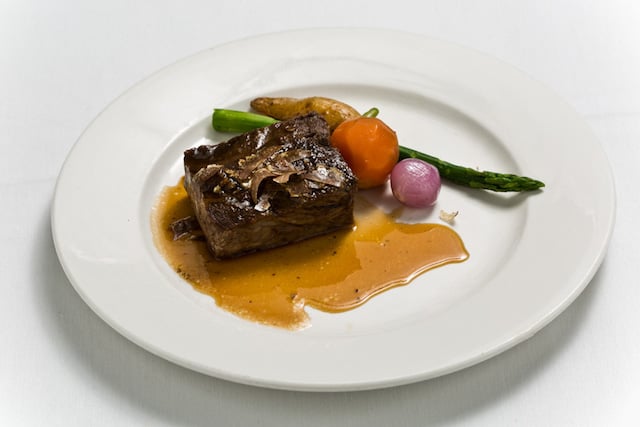 This year, proceeds went to support the surgical department of the California Hospital Medical Center. In order to continue delivering high-quality, affordable health care to LA, as it has done for almost 130 years, the hospital needs sophisticated pieces of equipment. Indeed, it looks like guests and sponsors were happy to contribute.The event raised $580,000 total, more than any of the previous editions!

Speaking of fundraising, the live auction was a fun show. Bespoqe, an Italian company specialized in customized travel experiences, offered an exclusive 9-day vacation through Piedmont and the Franciacorta area (Lombardy). This package by itself raised $19,000! Not exactly a bargain, but it does include dinners at Michelin-starred restaurants, 5-star hotels, boat tours, a truffle hunting session, and more. Or, for much less (though I don’t remember exactly how much), you could have brought home this truffle ⬇︎

In a classic Piedmontese fashion, the entire dinner was built around truffle. While other Italian regions also produce truffles, Piedmont—and the area around Alba in particular—is well-known for this delicacy. In fact, Umberto “the truffle-hunter” Ferri had personally picked them a few days before in Piedmont, and had carried them all the way to LA.

“I have six dogs,” Umberto told me. “When I am in Italy, every morning at 4am, I take them around the mountains searching for truffles. The fall is the season for white truffle. So during this time I go to Italy every 10 days and bring the truffles back to LA.” 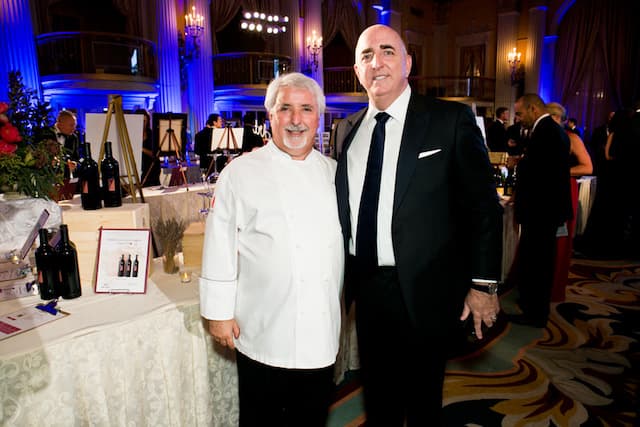 We ended up talking about how much certain people love truffle. “I met someone who just wanted to eat it like bread,” he recalled. “He knew how much it is worth, he would bite into the truffle for the sake of it.” A second-generation truffle forager, Umberto prefers to shave it over fresh pasta, like tortellini. Which sounds more reasonable than consuming the entire thing in one session, doesn’t it?

Going back to the menu, it featured truffle in each and every course. The branzino filet was served with truffle gnudi (sort of lighter gnocchi, made with ricotta). Truffle braised shortribs came next, probably the most Piedmontese-looking dish on the menu. The cuisine of Piedmont is known for rich dishes and braised meats, especially during this time of the year. Even the dessert, the ubiquitous butterscotch budino, came with a truffle-scented Florentine cookie.

Just when I thought I had seen all the truffles I could possibly see in one night, Umberto pointed my attention to an old-school, square suitcase on the chair next to his. Before I knew it, I was face to face with a half-pound white truffle, wrapped in cloth like a newborn. I suddenly had a fleeting, James Bondesque fantasy, in which the precious briefcase was handcuffed to the wrist of some secret agent, on a flight from Panama to Zurich. No, I didn’t dare to ask how much it would cost.

The best of Italy in one night at La Grande Affaire

Did I mention the chef? None other than Celestino Drago, possibly LA’s most-celebrated Italian chef. The restaurants that he and his brothers have opened over the last 25 years include Drago Centro, Celestino, Il Pastaio, Tanino, Drago Bakery, just to name the most famous ones. Fun fact: in 2014, the Italian government knighted him “for his exemplary contributions to the preservation and advancement of Italian culture and traditions.” Celestino Drago is originally from Sicily—not exactly a truffle land—but, as an ambassador of Italian culture and cuisine, he was happy to create a menu that highlighted the prized fungus from Piedmont. 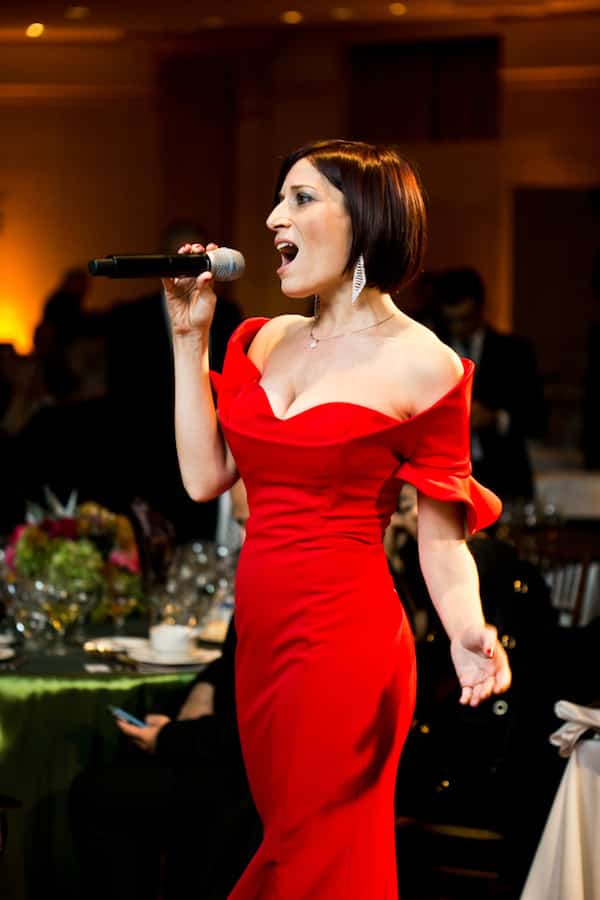 Such a special dinner deserved to be paired with excellent wines, and indeed it was. Pertinace Nebbiolo from the Langhe area, courtesy of Southern Glazer’s Wine and Spirits, represented the great Piedmontese wines. Same production area as Barbaresco, but more affordable. Next, Veneto Hills, which specializes in wines from the Veneto region, offered a Chardonnay delle Venezie. Lincourt Pinot Noir, from the Sta. Rita Hills in Santa Barbara County, represented California wines (thanks to Epic Wines & Spirits. And the Fasoli Gino “Valpo,” a remarkable Valpolicella Ripasso Superiore provided by WineHora Distribution, paired perfectly with the braised shortribs.

La Grande Affaire 2016 put together some of Italy’s treasures for a great cause, demonstrating once again how eager Angelenos are to discover and taste all things Italian. Thanks again to the California Hospital Medical Center and to the sponsors and guests that made this possible, and see you next year! You know, truffles are kind of addictive… 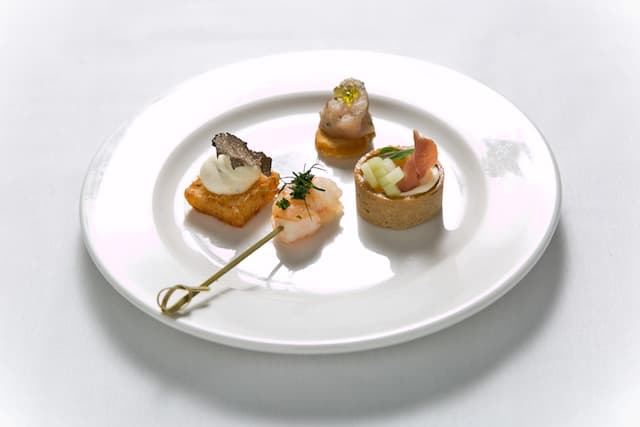 Some of the hors d’oeuvre had truffle too

Photos courtesy of the California Hospital Medical Center.
Special thanks to Annie Nuttall for the excellent organization and all the CHMC staff. 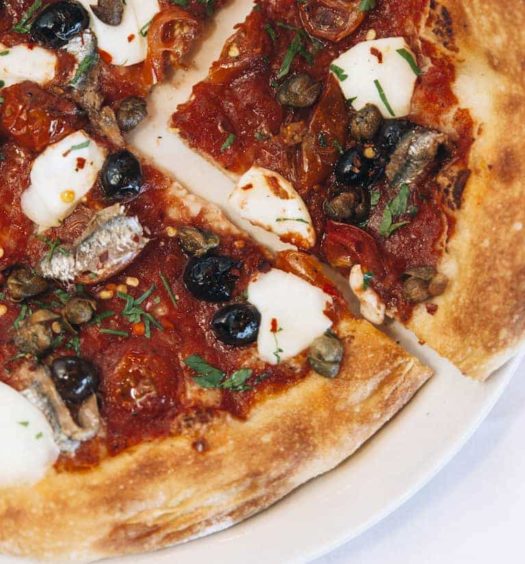 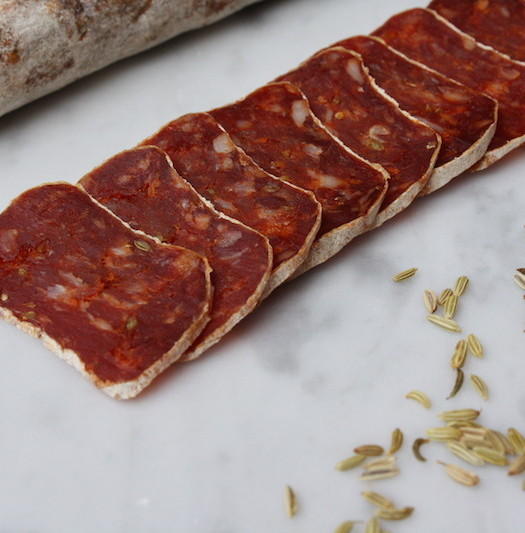