Meet Franco Pepe of Pepe in Grani, the pizzaiolo Italians are raving about

In Los Angeles, like in other cities in the US, you can definitely get a nicely charred, Neapolitan-style margherita from a burning hot, wood-fire oven. But what if you could have the real deal, all the way from Naples, here in the middle of the city? You can at least import the pizzaiolo, right?

That was Nancy SIlverton’s idea, when she invited over Franco Pepe of Pepe in Grani for an exclusive pizza demonstration at Chi Spacca, part of the Mozza empire in Hollywood. 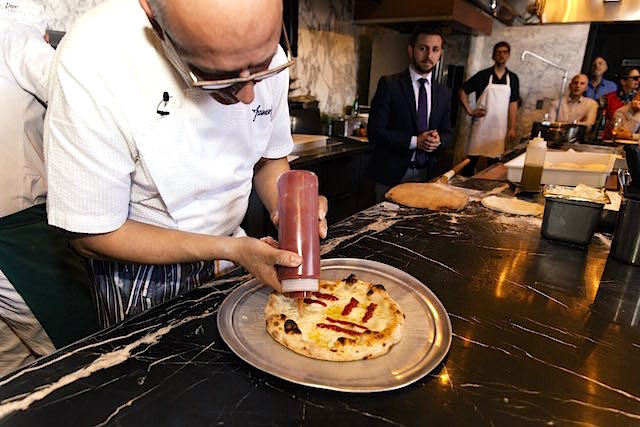 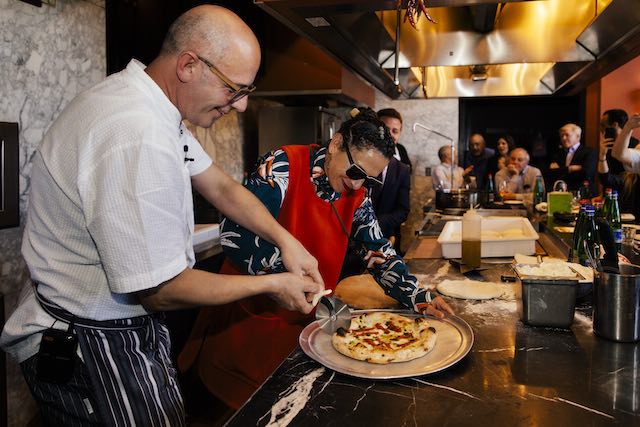 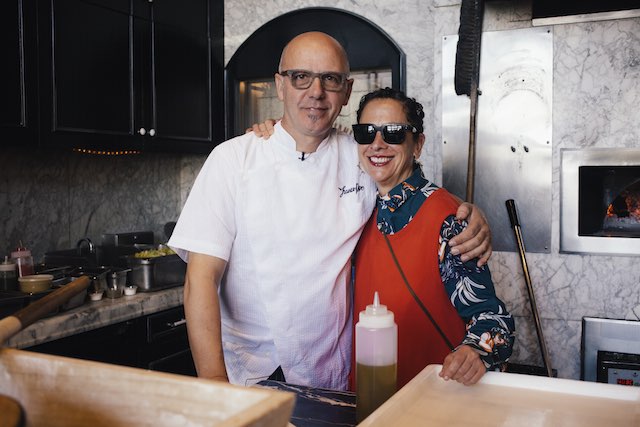 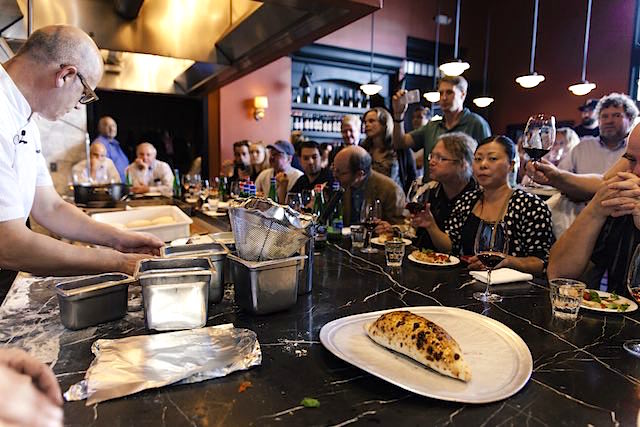 The Neapolitan maestro comes to Hollywood

Pepe is one of Italy’s foremost experts on pizza making. At Pepe in Grani, his pizzeria in the small village of Caiazzo, 50 km from Naples, he has become a celebrity among Italian pizza lovers.

In Naples and the surrounding region, the competition for pizza supremacy is fierce. Over there, random, hole-in-the-wall pizzerias will serve you, for a few euros, what would be considered a “high-end” pizza in the US. Not to mention the historic establishments, such as Brandi and Sorbillo, in front of which tourists and locals alike are happy to wait in line for hours.

And yet, even for local standards, Pepe in Grani pizza does stand out, as confirmed by LA food critic Jonathan Gold. Christian Puglisi, a Copenaghen-based Italian chef who has also studied bread-making and fermentation, agrees. During a trip to Italy, indeed, Nancy fell in love with Franco’s pizza, and eventually managed to bring him to Los Angeles. Alas, only for two days…

So what’s the secret of Pepe in Grani?

At Pepe in Grani, every pizza is the fruit of thoughtful planning. There is a lot of research that goes inside Pepe’s pizza, from picking the right ingredients – all from small producers and local farms – to preparing and taking care of the dough.

Pepe in Grani serves about 500 pizzas a day, and yet the dough is made by hand (this Youtube video shows him preparing the dough). Franco is not against technology per se, but he believes there is no substitute for your fingers, your eyes, your nose. He clearly “feels” the dough in a way that a machine cannot, probably because he’s learned it from his dad and grandfather. Indeed, his favorite pizza is actually a calzone, filled with escarole and anchovies, that his dad used to make. 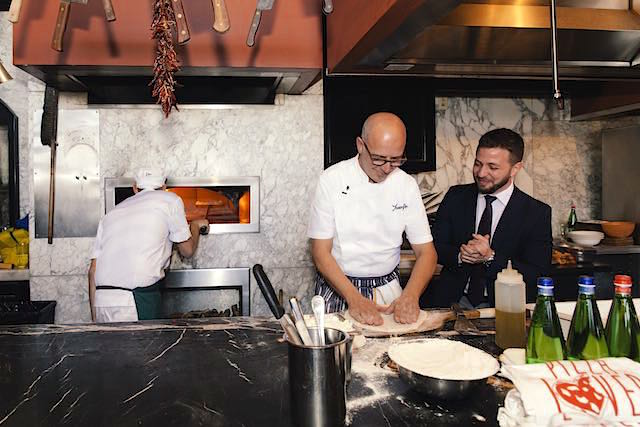 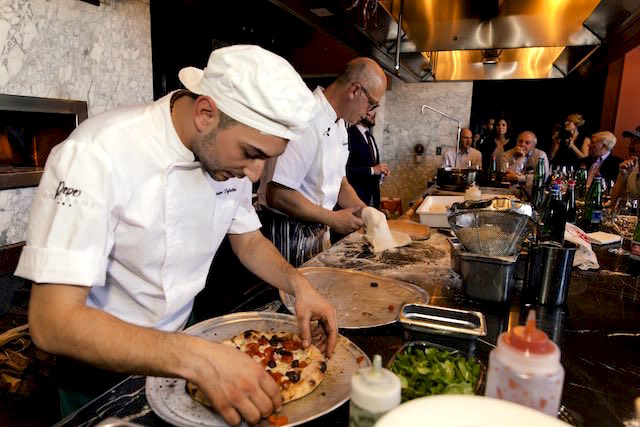 As Pepe explained during his tutorial, there is no perfect recipe for pizza. The real pizzaiolo has to apply his recipe to different humidity, air temperature, and water hardness.

The pizzas that Franco and his team prepared at Chi Spacca were a good selection of the pizzas that he makes at his Pepe in Grani. They are not classic pizzas. Instead of margherita, for example, he makes a margherita sbagliata, or “margherita made wrong”, for which he spreads tomato puree and basil reduction on the mozzarella-topped dough. 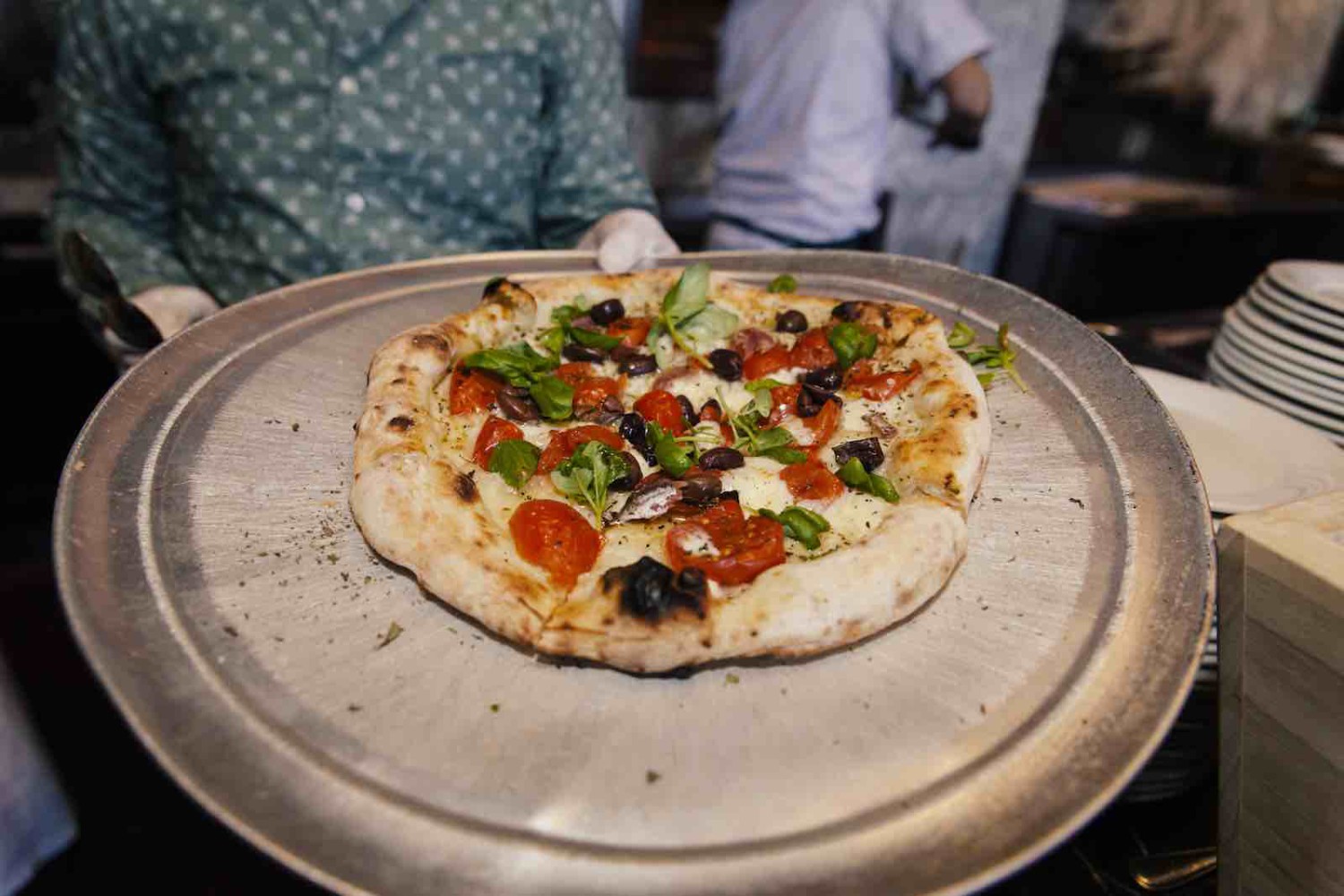 His approach is more creative than the Neapoltan-style pizzerias in the US, but his ingredients are true to the tradition. Take the vernino genuino, a heirloom tomato growing on the Mount Vesuvius, or the anchovies from Cetara. Through an obsessive search for the perfect ingredients, his pizzas highlight the natural bounty of the Campania region.

Unfortunately Franco went back to Pepe in Grani after this short tour on the West Coast. We can only hope that he will come back soon to LA, maybe for a period as a pizzaiolo-in-residence at one of Mozza’s restaurants. In the meanwhile, book your next flight to Naples, or at least enjoy the pictures! 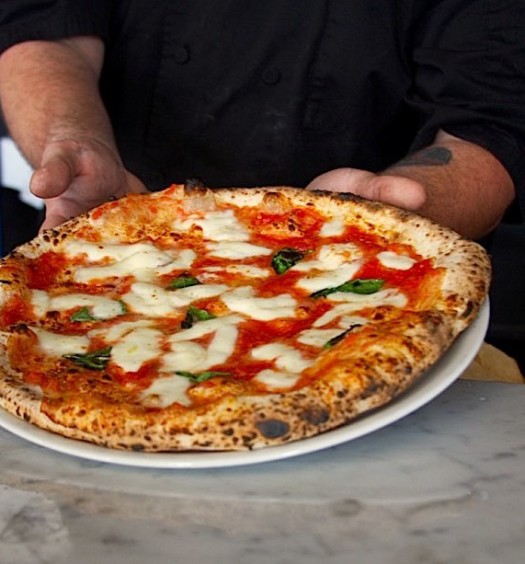 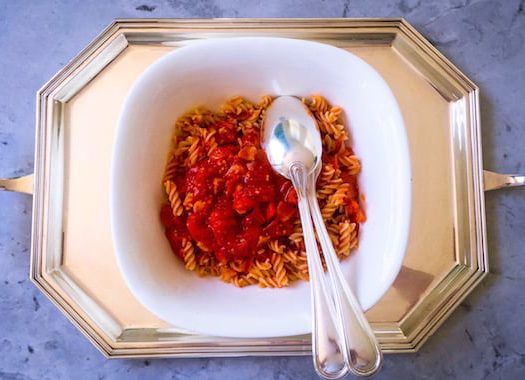