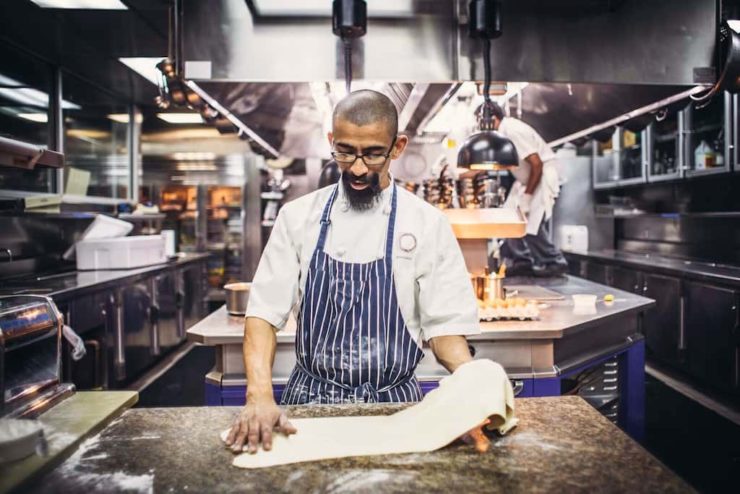 The Migrant Kitchen is a new series highlighting the ethnic cuisines that have shaped—and continue to shape—the city of Los Angeles. Episodes are released every Tuesday through October 18 on KCET and Life and Thyme.

The series will culminate with a television broadcast special, airing on October 25 at 8 pm ET/PT on KCET in Southern California and Link TV Nationwide (DirectTV 375 DISH Network 9410).

No, Italian cuisine is not part of the series… at least not yet! But if you love LA and you love great food stories, you should definitely check out The Migrant Kitchen! I met the creator Antonio Diaz at the last LA Times The Taste, and here’s what we chatted about. 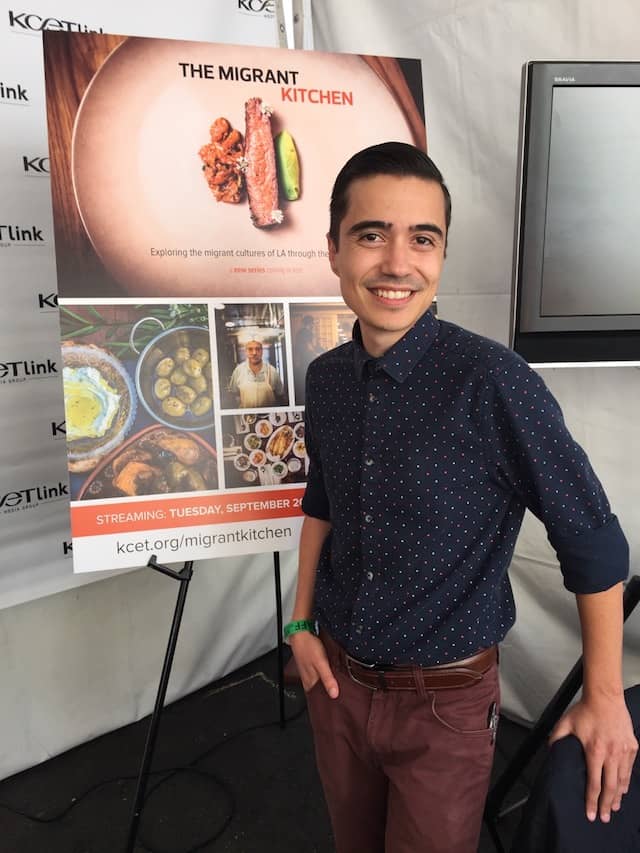 Antonio Diaz, creator of Life and Thyme and The Migrant Kitchen

The Migrant Kitchen: An unconventional look at LA’s food scene

Roberto: Who you are, what you do, and what you did.

Antonio: My name is Antonio Diaz, I am the creator of The Migrant Kitchen. It’s a docu-series coming out on September 20th online at KCET.org or Life and Thyme.com. It highlights the immigrants of Los Angeles through the lens of food. We’re highlighting five ethnic groups: Middle Eastern, Guatemalan, Korean, Mexican, and Filipino. Through this series, we’re hoping to have a greater conversation about how immigrants have molded and contributed to society here in the States, specifically to Los Angeles. And Foodiamo!

R: Tell me about The Migrant Kitchen. How did it start, how did you come up with the idea, what were the problems you encountered?

A: I’m from Mexico, so I come from an immigrant background already. It’s something that’s very dear to me. I think the immigrant culture and the topic of immigration are very timely. They are on the top of everyone’s mind, politically and socially. I started Life and Thyme, which documents food culture around the world, so I wanted to fuse the two and tap into how immigrants have contributed to society, specifically in LA. 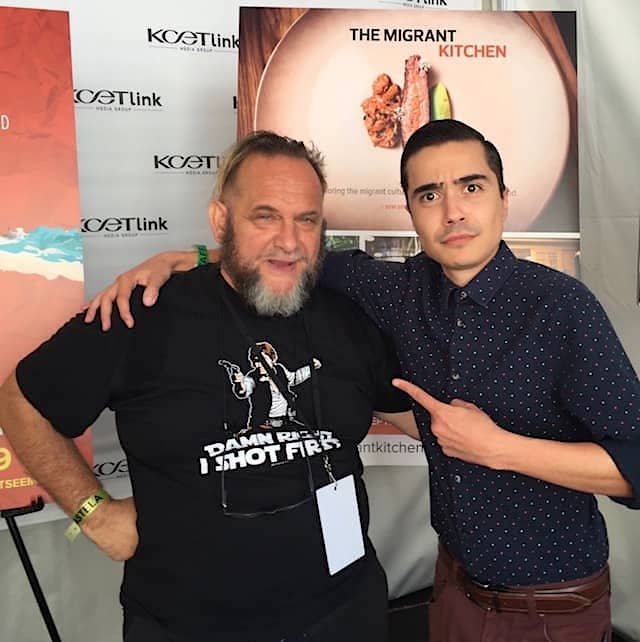 Antonio and me, fooling around at The Taste

R: Yes, food always has political and social implications. How do you see the relationship between food and immigration today in the US?

A: From a larger perspective, this is a nation of immigrants. I think we need to take a step back and highlight and look at the struggles and the hardships of these people and why they came to the US. Having that conversation and understanding that context, we’ll be able to have a much better opinion on what immigration is on a social level. Immediately, you mention immigration on a political level and immediately it goes negative. Part of the problem is there is no context, no conversation. We’re using the food industry because, for the most part, it is immigrants that work at the foundational level of the food industry, from the prep cooks, to the purveyors, to the farmers. They’re all there. 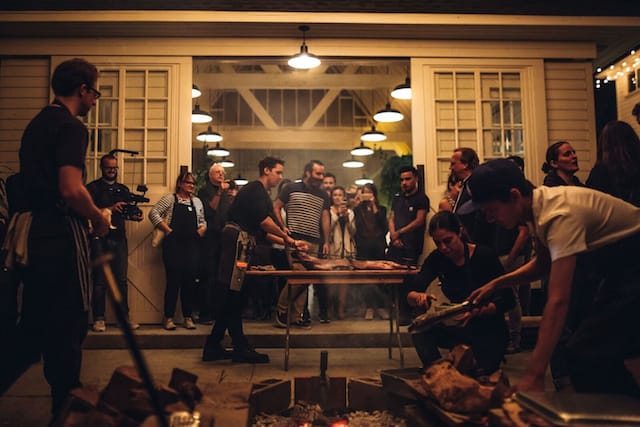 R: The Migrant Kitchen tells the story of food before it gets to our plates, is that so?

A: Yes, these days we’re so focused on the end product, the plate, the chefa, the beauty of the final dish. We don’t realize how many hands have touched that particular dish. And some of these hands are coming from impoverished countries, from famine, from war. Understanding those stories through the food that we eat, we’re gonna be more appreciative and understanding of one another. I think LA is the perfect melting pot for that conversation, being so diverse and complex. So what we’re trying to do with The Migrant Kitchen, is highlighting – we were only able to highlight five ethnic groups. 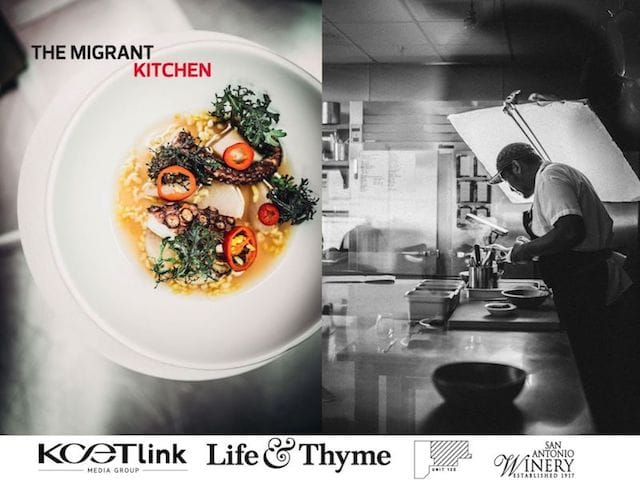 Hungry for more? Head over to KCET and Life and Thyme, catch up with the first three episodes, and stay tuned for the last two!

I am from Milano, grew up in Venezia, served my country in Florence, spent lotsa of time in Rome, and my best friend is from Bologna. Mamma Lina taught me that the best way to a girl’s heart is through… her stomach. A lesson I never forgot. Everywhere I went, I ate everything that was given to me. With knowledge, I developed a palate that still serves me very well. Everybody knows me as LaBestia ('the beast'), because I am passionate and tell it like it is. Food is life, don’t f..k it up. 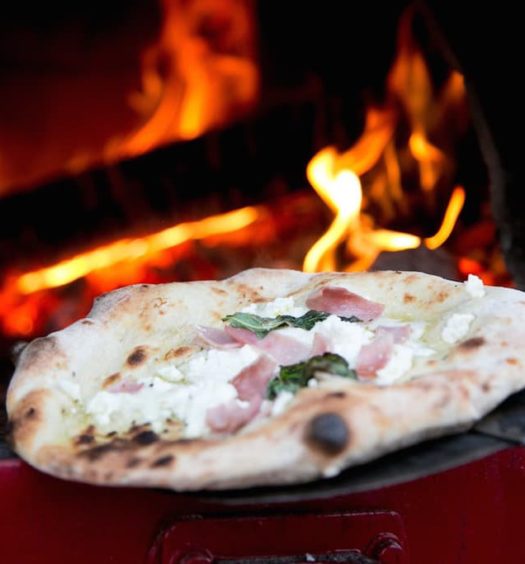 Taste of Italy 2016: Get Your Discounted Tickets Here!

Read More
Taste of Italy 2016: Get Your Discounted Tickets Here! 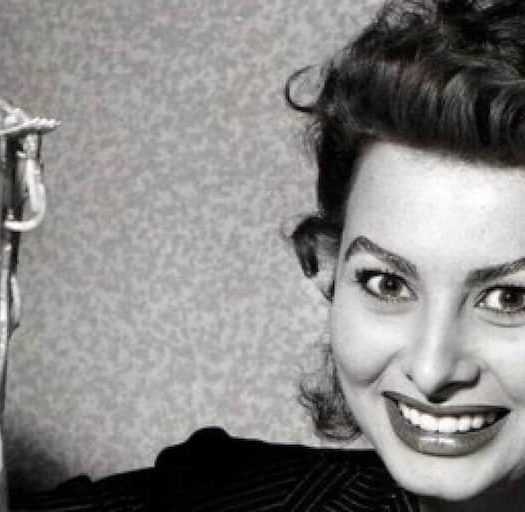 The First “Italian Cuisine in the World Week” Comes to LA