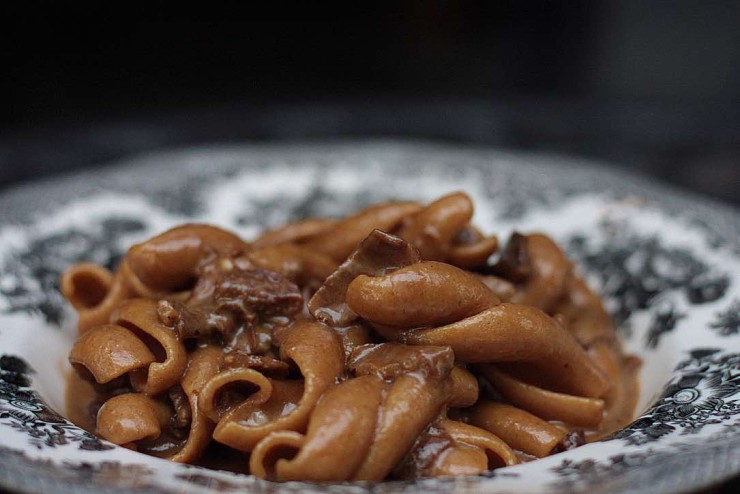 Forget low-carb diets. Here's what you should order at Cento Pasta

What to do when you crave pasta, but not the elaborate (and expensive) kind often found on restaurant menus? Unless you’re a good cook yourself, you need a place like Cento Pasta in Downtown Los Angeles.

Cento (“one hundred” in Italian) was launched as a pop-up, lunch-only operation inside Uy’s wine bar, Mignon. Soon enough, it will be open in the weekend too. If things go well, the two plan to open a full-blown restaurant. 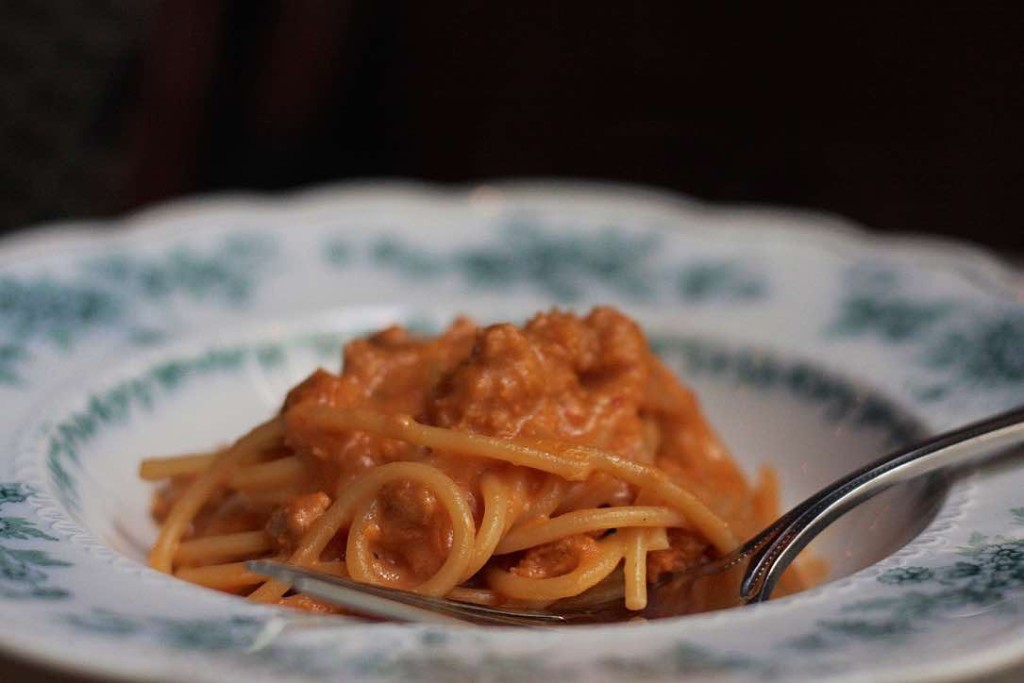 The spaghetti with Santa Barbara sea urchin are a bargain

Neither Avner nor Santos are Italian, but they both have a strong connection with the land of pasta. “As a Jewish kid,” says Avner, “pasta was my favorite kosher food, you know with four cheeses or mushrooms.” Unlike most pasta-loving kids, he ended up cooking his favorite food at some of the best Italian restaurants in town. He worked at Sotto when it opened, and then Osteria La Buca, Osteria Mozza, and Bestia.

As for Santos, he studied Italian at USC. At some point, he was the co-owner of Bacaro, an Italian-inspired wine bar near his alma mater.

What you should eat at Cento Pasta

The menu at Cento Pasta is small and changes regularly. Usually, it includes two antipastos, three pastas, and two housemade desserts. Spaghetti with uni are constantly on the menu (for a reason, see below).

Based on my experience, I’d suggest to share one antipasto between two people and move on straight to the pasta. Why? Both starters were very interesting, yet they didn’t make me feel like coming back (the pasta did).

In the beef tongue, served with a bean paste, a touch of honey balanced the peppery arugula on the side (boy, that was real arugula, not the watered-down variety sold in supermarkets). However, it was like the ingredients didn’t quite blend in together. 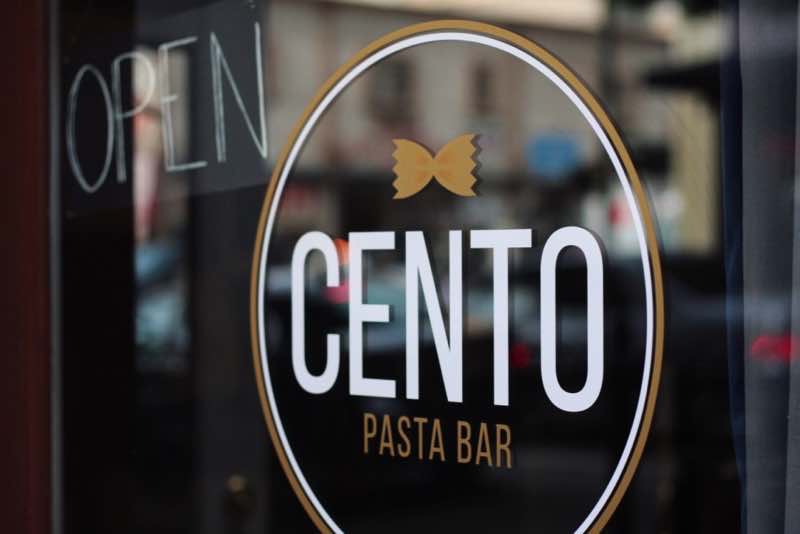 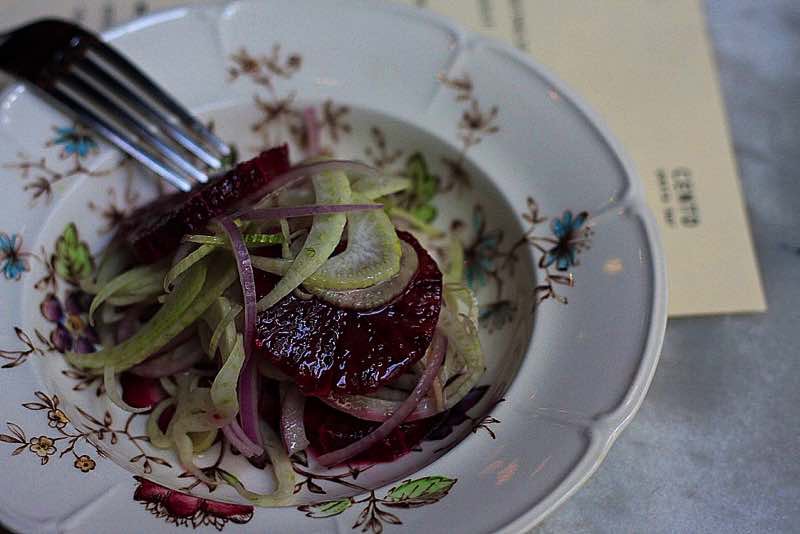 Cleanse your palate before digging into the pasta

A citrus-fennel salad came next—simple, yet refreshing and vibrant. I recommend it to the true fennel lovers (like myself). All others might have issues with the thick fennel slices, or might find it too plain. Adding black olives, as in the Sicilian version, would probably help.

Moving on to the pasta, the fresh gnocchi with tomato and basil sauce were exactly what I wanted them to be: little pillows of dough, soft and home-feeling. Seriously, only gnocchi can be so simple and yet so rewarding.

If gnocchi with tomato sauce sound too ordinary for you, go for the spaghetti with uni, aka sea urchin. Featuring highly prized Santa Barbara uni, this pasta costs almost half the price of similar dishes at other restaurants ($14). The creamy sauce is nothing but uni, chillies, and a little water. So, if you’ve never had uni, try it at least once in your life. If you are already a fan, you shouldn’t miss this deal.

Finally, the menu of the day featured whole wheat fidanzati, a pasta shape that I had never heard of, all the way from Gragnano, near Naples. The sauce was just brown butter, hearty chunks of porcini mushrooms, and parmigiano. Creamy deliciousness, but the pasta itself was even better: nice and firm, with a rustic feel to it. It held the sauce incredibly well.

Pasta options are priced at $9 (except for the uni spaghetti). If you want to splurge, a $18 special (menu turistico) includes pasta and two other items. For a very satisfying lunch in a rather fancy location, that’s quite a deal. 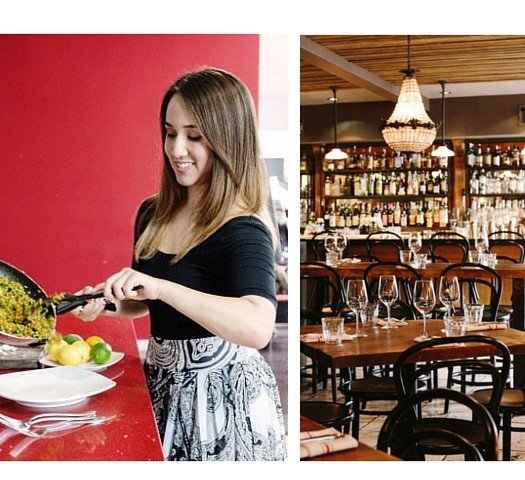 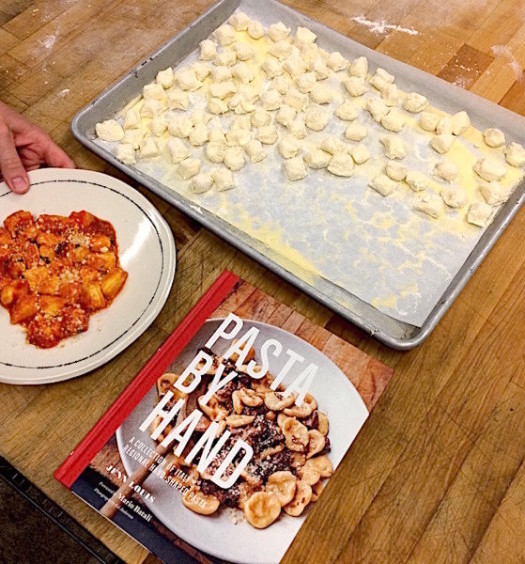