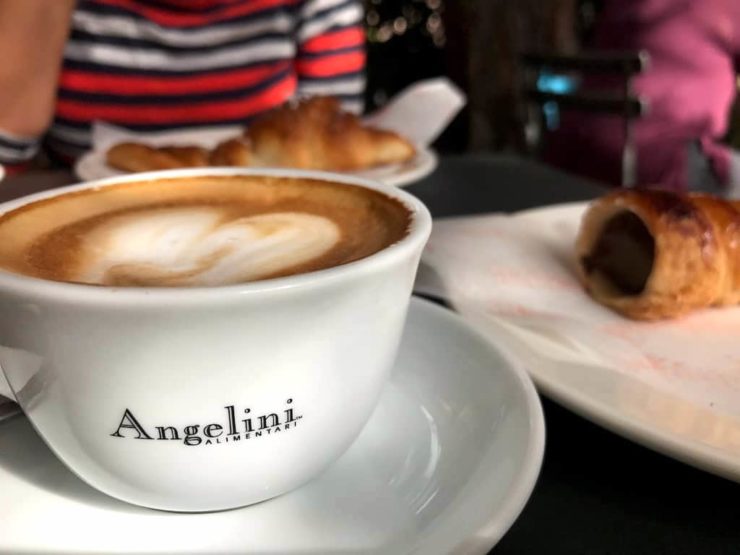 Everything you need to track LA’s most exciting Italian restaurant openings of Fall (and Summer) 2016. Get ready to load up on carbs!

Fall 2016 has been a great season for Italian restaurant openings in LA. From casual, lunch-only pasta spots (Andare by Cento), to stilish happy hour places (Vinoteca Beverly Hills), we’ve had a hard time keeping up with recent restaurant openings. Maybe because we were constantly looking at those beautiful pasta pictures on Instagram?

Anyway, we forgot to cover some of last summer’s Italian restaurant openings. And now, before the year comes to an end, we have to bring you up to speed with all the exciting updates from the last few months.

You know the best part? Some of the most highly anticipated openings of 2016 were actually delayed, so we’ll get even more in 2017! Next year, we’ll see Steve Samson’s new restaurant, for example, or taste Evan Funke’s new pasta creations. More updates coming up next month, so stay tuned…

It’s great to see that, overall, Los Angeles dining scene continues to grow. On a recent Lucky Peach feature, Peter Meehan explained why LA is the best food city in the US. And he hardly mentioned any Italian restaurant! So yes, these are great times to live and dine in the City of Angels. 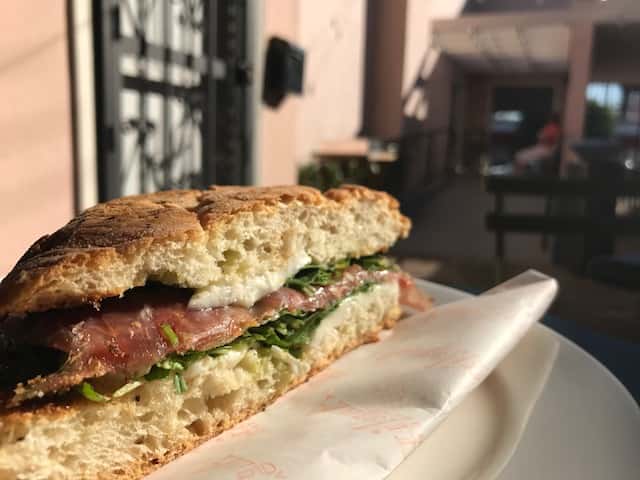 Last month, an Eater LA article came out with the headline, “Like It or Not, Los Angeles Is Obsessed With Italian Food.” Well, obviously we like that very much! So these are the Italian restaurants that opened in LA in the fall of 2016. We also included some that actually opened during the summer.

The Toscana Restaurant Group, which operates Toscana and Bar Toscana in Brentwood, moves a little east to Beverly Hills. The new restaurant is close to the Peninsula Hotel and the upcoming Waldorf Astoria. If you are know the area, you are probably expecting an upscale, modern establishment. Indeed, Nerano occupies a 4,000 square foot, two-story space, with two dining rooms, two bars, and a glass-enclosed display kitchen (see below). The lounge upstairs will soon feature live music. After all, this is Beverly Hills right?

RELATED: For Southern Italian specialties and a more homey vibe, Da Pasquale Beverly Hills is only a few blocks away!

The cuisine takes inspiration from the Amalfi Coast, where the namesake village of Nerano is located. Specialties include spaghetti alla Nerano (sautéed zucchini, squash blossoms, provolone and basil) and housemade cavatelli with shellfish. If you love seafood, here you can have it raw (crudo), grilled, or baked in a wood-burning oven.

Mixologist William Perbellini, who gained accolades for its creations at Bar Toscana, curates the cocktail program in collaboration with the chef. So, besides classic Negroni and Spritz, expect to see seasonal and local ingredients in the cocktail menu.

Presenting the newest and BEST lounge in town. The BG Lounge at Nerano. Thanks to Garret Snyder and @urbandaddy catching the mood. Best part? Open until 2am.??#neranoBGlounge https://www.urbandaddy.com/slideshow/la/7284/nerano_los_angeles_la#!slide-8

If you always wanted to try Angelini Osteria, but never managed to score a table (the place is relatively small and always packed), you should stop by Angelini Alimentari for a leisurely breakfast or casual lunch. This coffeeshop/gelateria/eatery is right next door to the famous Osteria. Judging from some of its dishes, Angelini Alimentari does live up to the standards of its parent restaurant. Both the food and the outdoor patio in the back have received good reviews among LA foodies (see here and here).

The breakfast menu includes classic Italian pastries and espresso beverages. Cakes and pastries appear to rotate often. If you find the carrot and nutella cake, go ahead and order it! Same goes for the fresh cannoncini: delicious puff pastry shells, stuffed with custard. If you like them, you can also try them at Vinoteca Espresso (see below). Keep in mind, the pastries are on the smaller side, more Italian- than American-sized.

For lunch, you will find one of the best renditions of vitello tonnato in Los Angeles. A classic dish in Northern Italy, it consists of thinly sliced veal, paired with a sauce of mayo, tuna, and capers. You may have never thought of pairing veal with tuna, but you will see why it makes perfect sense. And to finish off your meal, make sure to get some gelato! 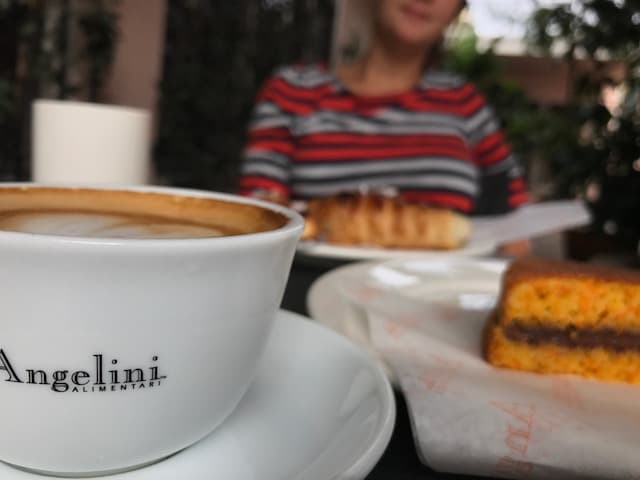 Breakfast time at Angelini Alimentari, one of new Italian restaurant openings of 2016

Andare is not a full-fledged restaurant (it’s open only for lunch inside Birch in Hollywood), nor is it strictly Italian. However, it makes the list because of its rotating menu of pasta dishes, ranging from traditional Italian specialites to more creative ones. The concept is similar to Cento Pasta Bar, a lunch-only operation hosted by Mignon Wine Bar in Downtown. Both were opened by Avner Lavi, who previously worked at Sotto, Osteria La Buca, and Bestia.

Depending on the day, you may find freshly-made gnocchi with a sauce of homemade ‘ndjua (spicy Calabrian-style sausage) and grana padano. If you do, you should order it! At $10 a plate, it’s probably one of the best pasta deals in LA. Also don’t miss the fagiolini pasta (a rather obscure type of pasta) with porcini and hen-of-the-woods mushrooms, homemade sausage, and truffle. 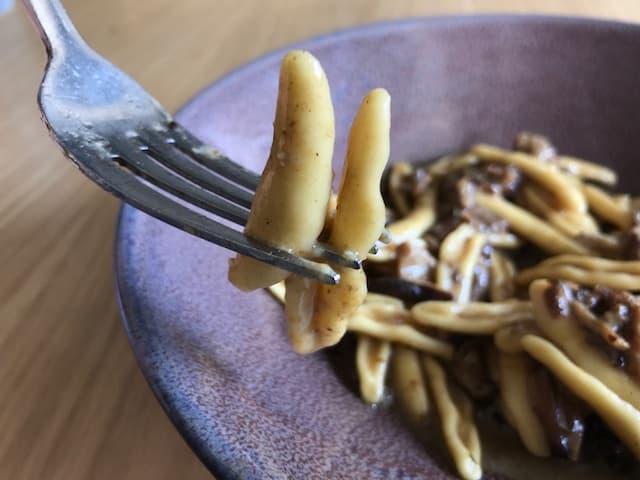 Fagiolini pasta with sausage, mushroom, and truffle sauce at Andare by Cento

If you take the new Expo line all the way to Santa Monica, you’ll be able to walk to this new restaurant from the metro stop. O+O serves a few main courses, but mostly appetizers and small plates meant to be shared. Both the food and the decor suggest more of a modern take on Sicilian cuisine than a traditional approach. You will find arancini and caponata, but also “Ravioli Alla Norma” instead of rigatoni or spaghetti.

While O+O will probably disappoint the purists of Sicilian cuisine, their “pizzolo” may gain some recognition. Basically, it’s pizza dough stuffed with mozzarella, ham, and mushrooms. There also exists a vegetarian version with ricotta, spinach, and sautéed rapini. Similar to calzone or some stuffed breads found in Middle Eastern cuisines, if you wish. At any rate, once it hits your table, you will want to grab a piece while it’s warm (and before your friends do the same). 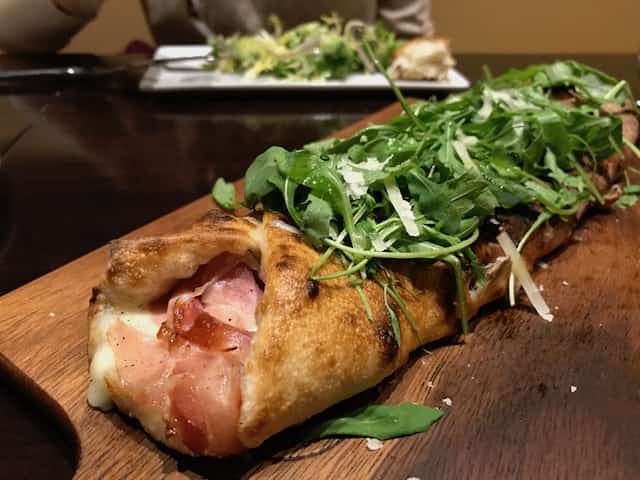 The new “pizzolo” at O+O Sicilian Kitchen in Santa Monica

Located inside the Four Seasons Beverly Hills, Vinoteca is one of the few places in town where you can order a glass of wine, while your friends sip their cappuccino (Intelligentsia in Pasadena is another such place). In fact, much like bars in Italy, Vinoteca works as a coffeeshop and a wine bar.

In the morning, go for the housemade pastries. Sadly, we haven’t had a chance to try the sfogliatelle, shell-shaped pastries filled with ricotta (they sell out fast, apparently). But we recommend the cannoncini (pictured below), filled with hazelnut cream. In the evening, pair your wine or cocktail with a montanara. It’s a little pocket of fried pizza dough, sold as street food back in Naples. This being Beverly Hills, montanara gets topped with fancy ingredients like 36-month aged parmigiano reggiano, or burrata all the way from Puglia. 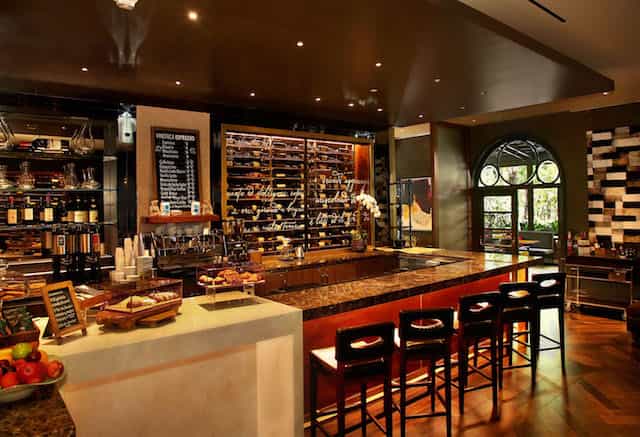 Photos by Raffaele Asquer (Foodiamo), except when noted. All rights reserved. 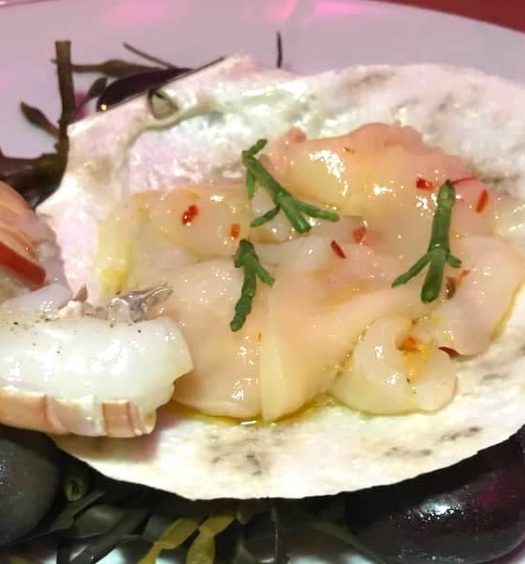 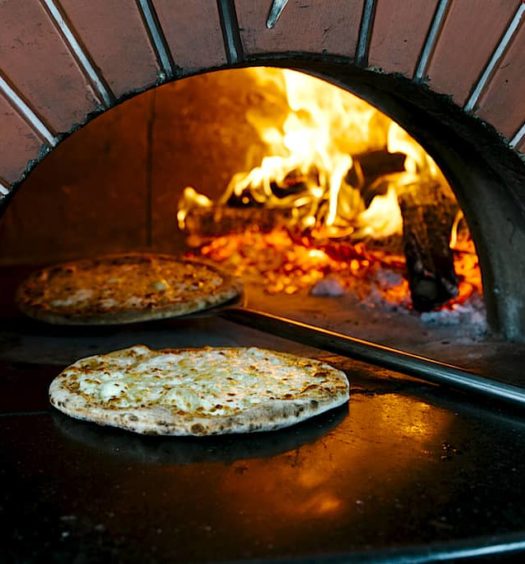